TLDR: Audio drops out while using audio-interface with OBS Studio and OBS Studio only!

While using audio-interface Behringer UMC204HD with OBS Studio, audio (both microphone and windows audio tracks) constantly and randomly (every 3-5 minutes) drops out for a short period of time, which sounds like stutter or click. On the spectrogram it looks like this: 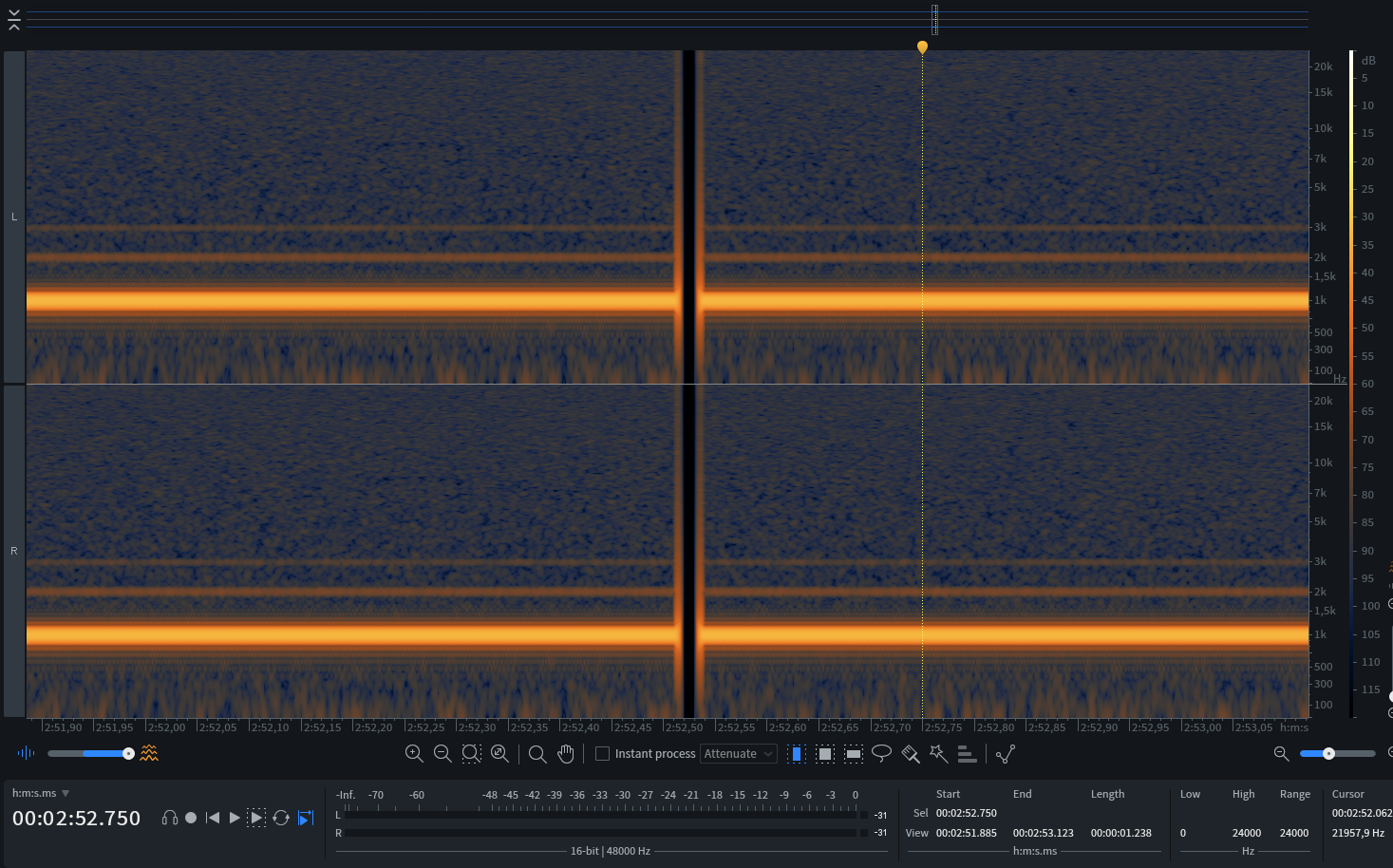 Most of the time the length of these drop-outs is 20 ms.

These steps were taken in order to localize the issue:
In OBS:
...and many many other things that I already forgot. But I promise, I tried A LOT.
Now let's look at situations when this DOESN'T happen:
...and the most interesting:
huh???
I guess this might be some algorithm/codec/core process of OBS studio (which apparently absent in Classic version). What could that be?

After all these tests I plugged in my Blue Yeti USB microphone - same issue. Audio drop-outs while using OBS Studio. Then I managed to find another interface (borrowed an ancient M-Audio Fast Track from a friend). Same again. With the last 2 devices these drop-outs were somewhat rare though.
Another thing. One time I was able to reproduce and intensify these particular 20ms drop-outs by messing up sample rates (48000 in one setting and 44100 in another). Maybe this suggests something in OBS recording/encoding/syncing algorithms makes audio-device to re-switch its sample rate?

What's going on here? This is a serious flaw that should be addressed ASAP!

I was on the brink of buying another interface, but now I understand there's zero point doing that.

There were quite a few topics about same issue, with this one most similar to mine:
Thread
I attached the log but obviously everything's fine there.
My system is Windows 10 21H1 and CPU - i7 7700K.