Go to download
Overview Updates (4) History Discussion
CastMate is a broadcast tool for twitch that lets you create viewer controlled automations which can change lights, play sounds, influence OBS scenes, affect overlays, send twitch chat messages, simulate input, and more. These automations can be set to run on chat commands, stream events like raids, channel point redemptions, bits, and more. Additionally CastMate profiles can change which automations are set to run and which channel point rewards are available automatically based on just about anything including your active OBS scene and number of viewers. Spend less time configuring and more time interacting with viewers. 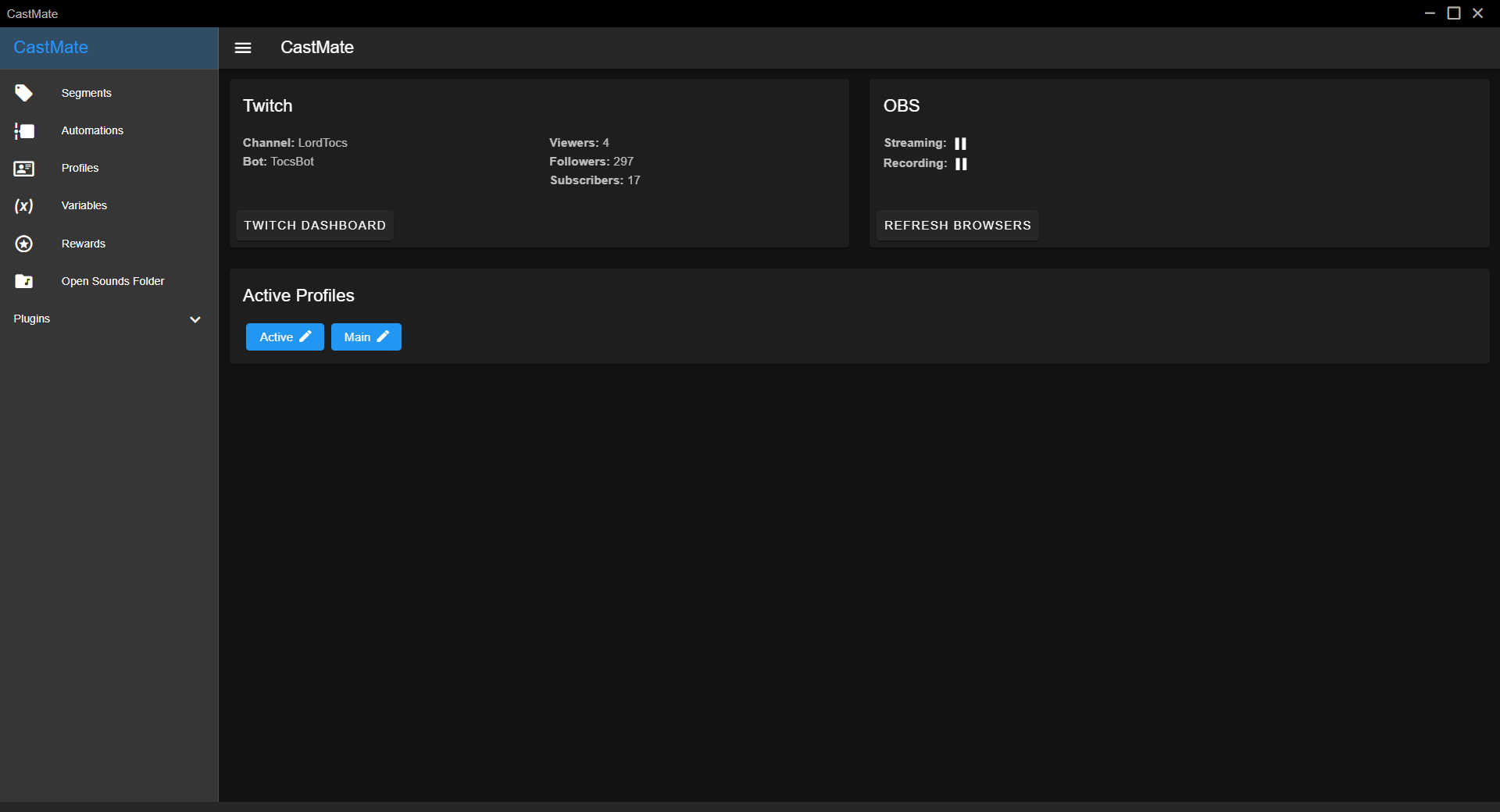 Actions are the building blocks of an automation. They do simple things like send a message to twitch chat, play a sound, or change the color of your HUE lights.

Automations are a list of actions that can be run by various triggers. They can be used to sequence multiple actions to happen together. Such as synchronizing lights and sounds together, controlling multiple HUE lights at once, changing OBS filters to match sounds, and more. 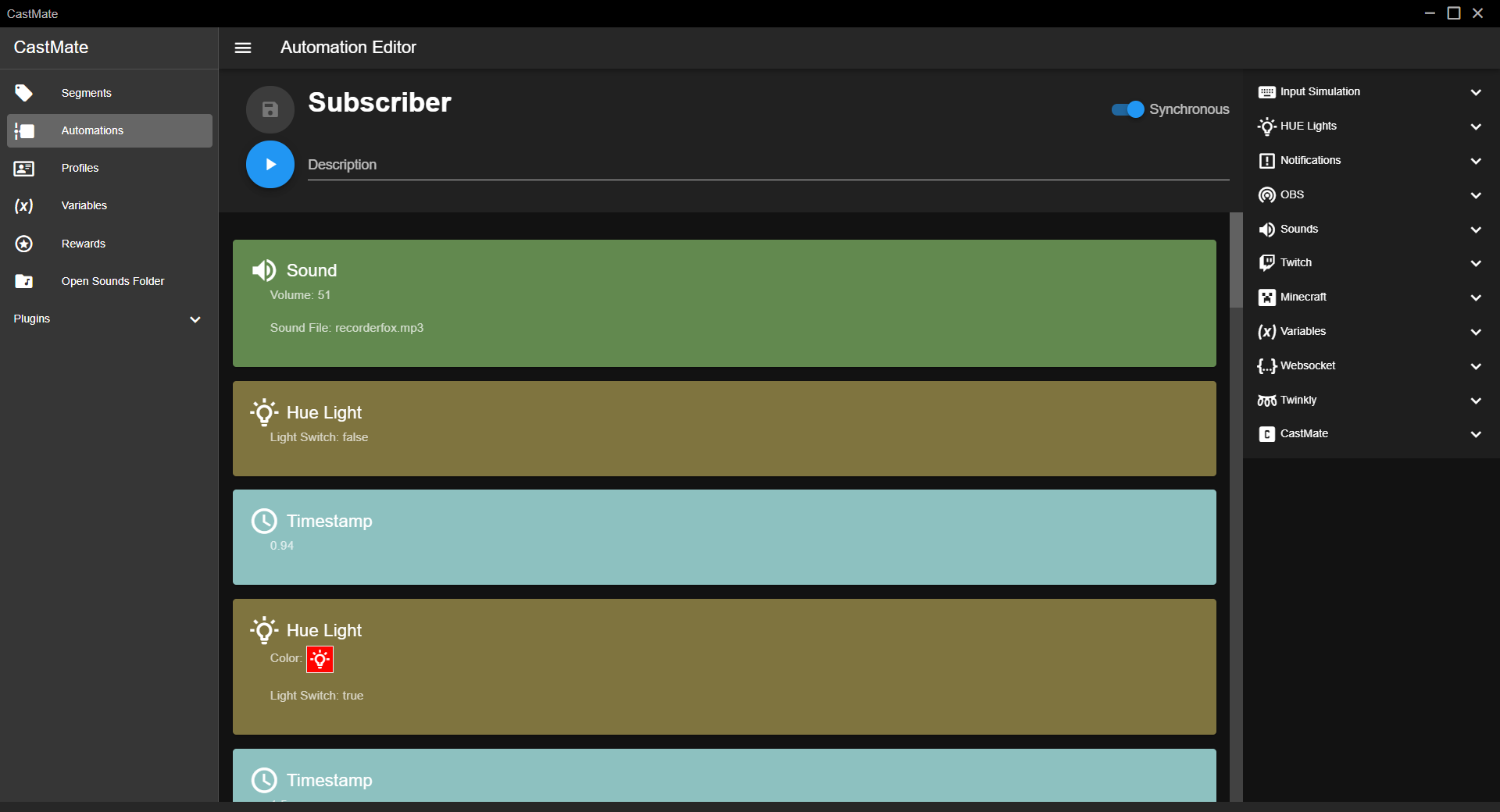