Yeah, what the title says.

Not exactly sure whats happening, but i'm 100% sure that all the tracks are set correctly to be recorded separately.
Like I'll play the different audio streams on PotPlayer and can hear them all solo.

But when I import the mp4 file to premiere, i'll only see the master track that i use for when I stream.

I've tried doing the modify audio channels on the mp4 file in premiere, but when I bring it back onto the timeline, it'll just show 6 of the same audio tracks of the master audio track.
I really know the mp4 is fine is because I've imported it onto DaVinci Resolve and It'll show the audio tracks separated.
But i probably don't know because it's obviously not working in Premiere Pro.

This is probably more of a Premiere Pro issue thing for me, but because all the files i'm editing in premiere is OBS; maybe someone who's dealt with a similar issue like me could help out.

I really might just do a factory reset on this PC if I can't figure this out LOL.

but yeah, would appreciate any suggestions! 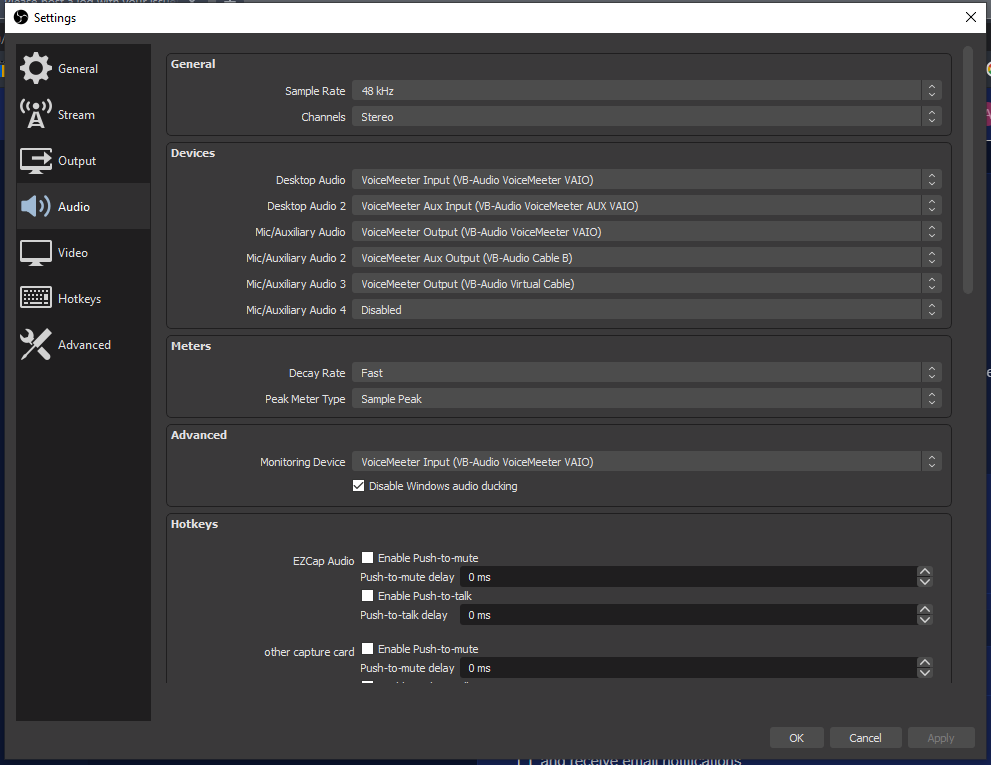 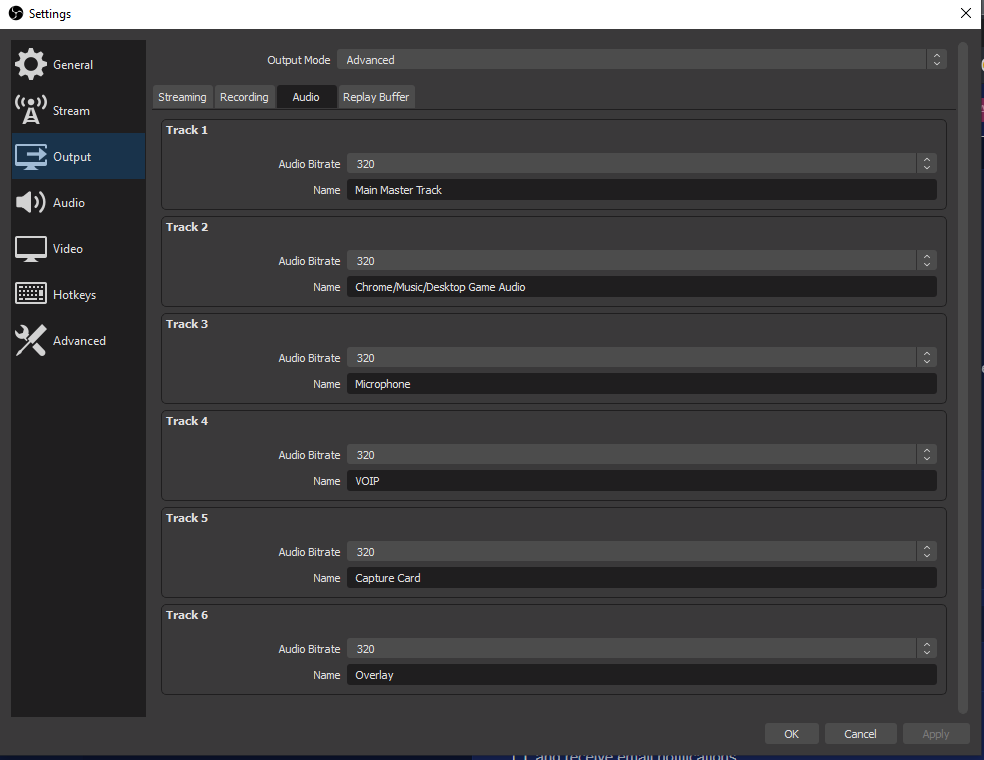 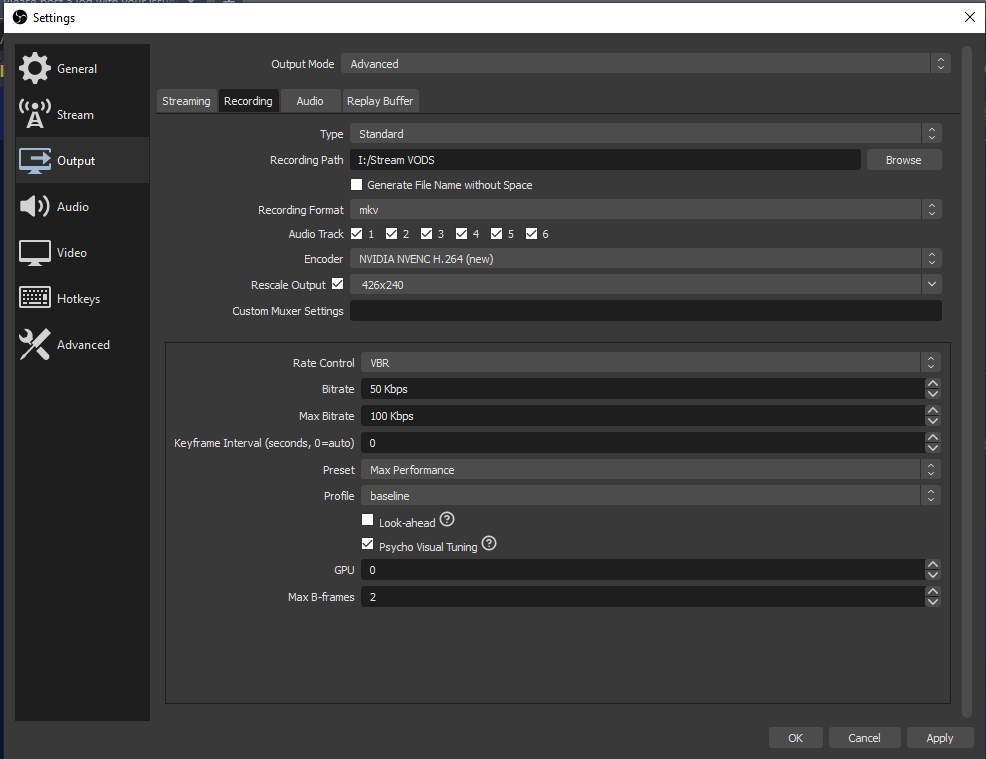