Hello guys,
I have a question in regards to whether it's possible to key a picture instead of an entire color, but I should first explain what I am trying to do - maybe you will suggest better option.

I am running Easy Worship 2009. For anyone, who doesn't know - it is program that projects screen to Windows extended desktop (which goes to projector). Interface looks like this: 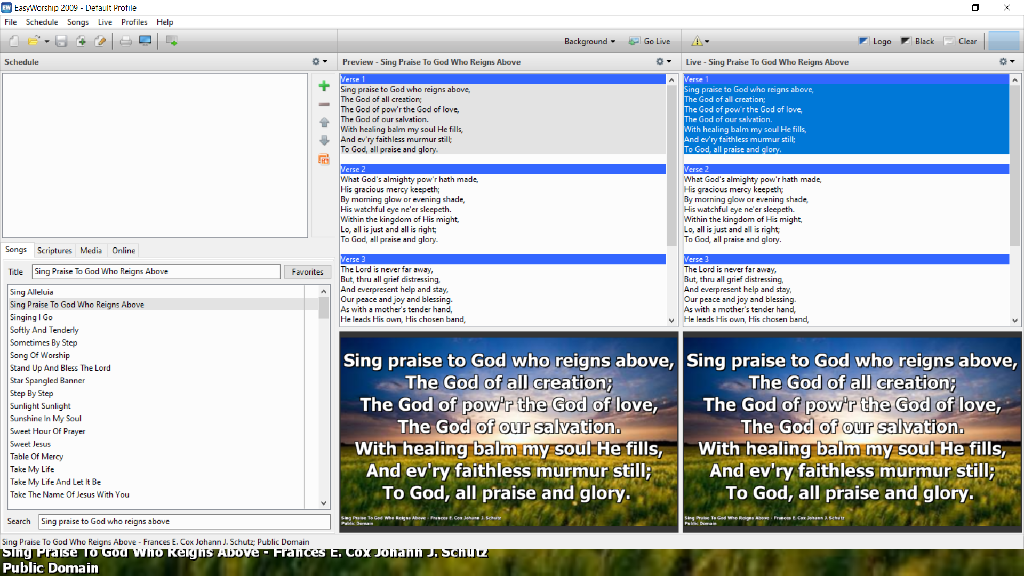 I want to be able to input the text to OBS to be displayed over other sources (ex. video). When I am doing it with Green Background on the image, it works perfectly fine using Chroma key filter on the Windows Capture with default settings. 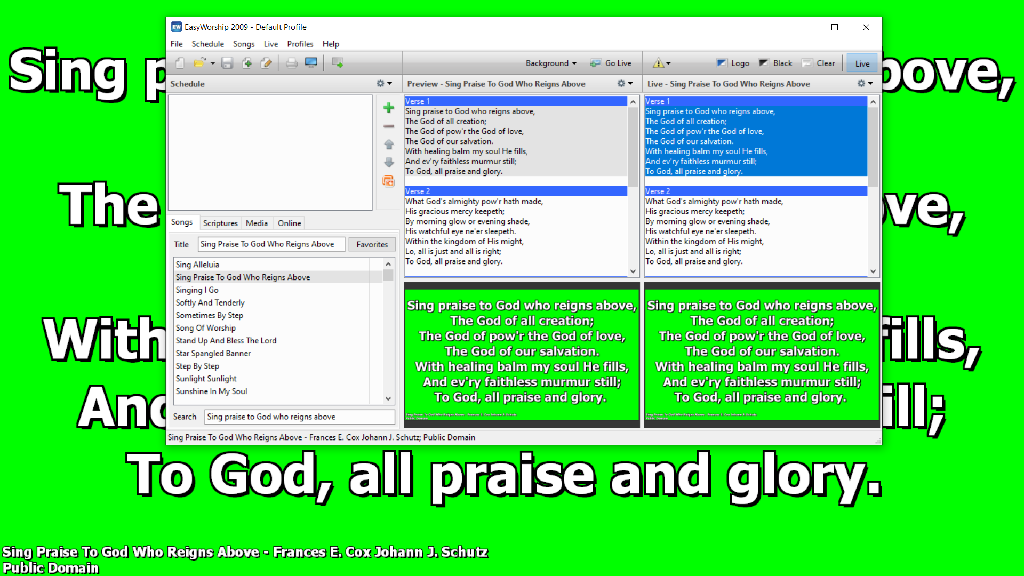 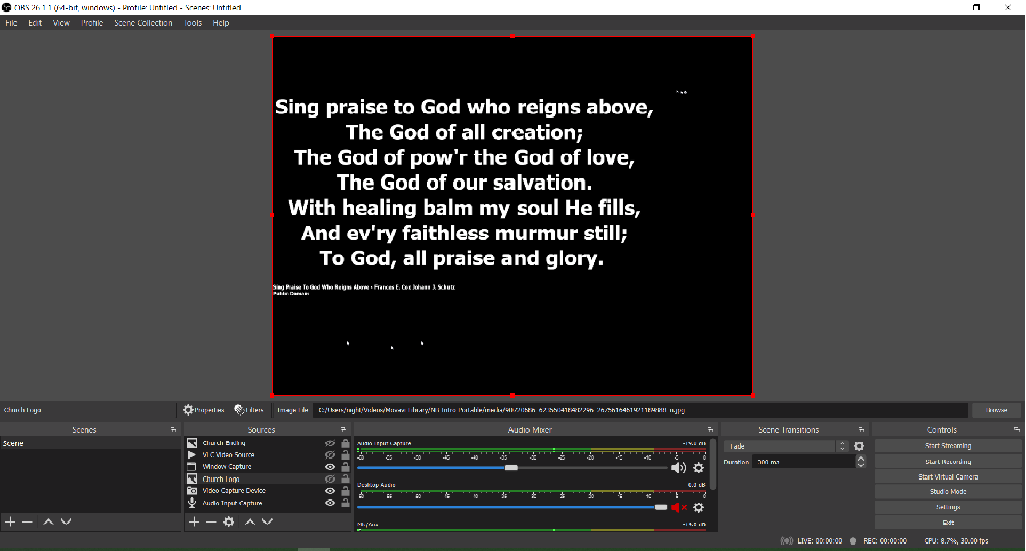 With other colors, it does not work at all or at least I do not know how to get it to work.

Now the question is: Is there any way to perform Chroma Keying on a background image other than just one color(ex. the image on my first picture)? I want to use a background in EasyWorship 2009 with the song lyrics, as that is what goes to the hardware multimedia projector) and then input that into OBS with some filtering to get only the text to show up from the Window Source (as it will show up over video input) - then I stream the whole feed from OBS - people in the room see lyrics with background, people on stream see a video with the lyrics over it. Is there any possible way to perform it on OBS? Image is going to be static and I have the file.

I hope you understood the question - I am not very good with explanations.

Thanks in advance for any help to anyone.
J

Any other way to achieve what I need?

radi27 said:
Any other way to achieve what I need?
Click to expand...

Create a second Scene. Add the chromakeyed text source to it, and put an image behind it. Right-click on the scene in the Scenes list, and choose 'Fullscreen Projector (Scene)', send it to the projector. This SHOULD update the text and have a static image behind it. It will not work with animations/videos for the background though, as OBS only runs those for the 'active' scene to limit overhead.

If you NEED an animated background, to be a bit goofy (if it's dumb but it works, it works) you could run a second copy of OBS in Portable mode, set up the obs-ndi plugin in each, set an NDI Output filter on the window capture (before the chromakey), add an NDI Input source on the Portable, chromakey it there, add a background image behind it, then send that to the projector (without streaming or recording, so keeping the overhead low).
You must log in or register to reply here.
Share:
Reddit Pinterest Tumblr WhatsApp Email Share Link
Top