TLDR
I'm using MKV format but even the partial file is absent...?? My laptop specs are mid-range at-best but if OBS is still currently using 35% of GPU resources in Task Manager (I selected GPU encoding OBS setting), will this eventually finish? And did pressing "stop recording" while the recording was paused break it?

from the recording start to current latest entry:

Settings
2880x1080 (to get both webcams in one frame)
Output settings screenshot: https://imgur.com/a/jgQMDEh

(Reply if you wanna see anything else, OBS allows me to look at and change most settings, while "stopping")

thx in advance for halp


Edit: even though log says "unpaused" OBS still shows in UI that it's paused
Edit: some user said press again to force stop recording, I did do that earlier and button became permanently blue (instead of becoming blue during click and then returning gray)

Is it bad that this 35% of GPU for OBS is not detected as "Video Encode" and therefore could be just simulation ("3D") of the video files within the main OBS windows... 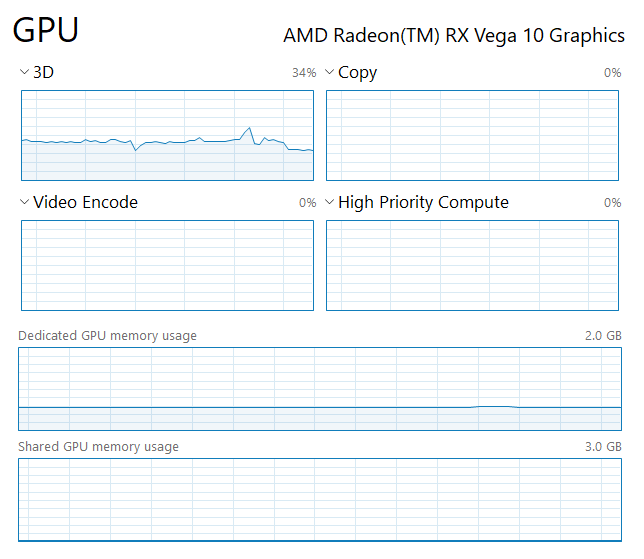