Thank you @Exeldro! "Hide" transition works flawlessly. I appreciate all your great work.

This is great. Any chance that adding the 'move' transition can work the same as it does now when adding to source show/hide - immediately bringing up the filter window so you can set custom values just for the DSK?

@kineticscreen unfortunately that is not possible for plugins at the moment. I might suggest that feature to be added for plugins to use but that will take a while before it makes it to a new version of OBS

Exeldro said:
@kineticscreen unfortunately that is not possible for plugins at the moment. I might suggest that feature to be added for plugins to use but that will take a while before it makes it to a new version of OBS
Click to expand...

Thanks for the reply! The only other thing I'd request is a much more obvious indication that a DSK is selected - I think someone mocked up more of a red border or something earlier in this thread. At the moment it's quite difficult to just glance and see if the DSK is on just from the interface, especially when you only have one scene in it.

And 'grid view' would make a lot of sense for the DSK window.

Hi Exeldro,
I do want to report a bug that I discovered in this plugin. To be able to change the layering for the DSK (by moving the tabs on the top), I have to restart OBS for it to take effect. Otherwise great work as always. :)

RichieTee said:
i. when a scene collection with DSK is duplicated, DSK is not added to the duplicate, is this by design?
Click to expand...

Was wandering about this too. 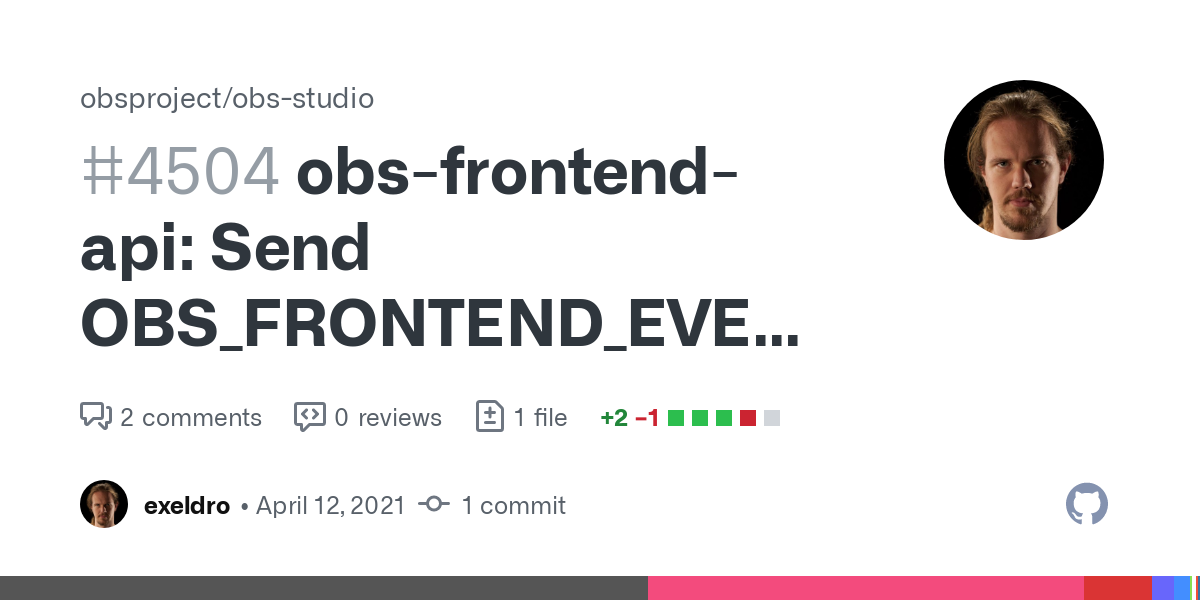 PeteFraser said:
Is there a HotKey to turn ON the DSK? I can't find it in the HotKey list :( .... Or in the code
Click to expand...

@PeteFraser If you renamed the DSK it will appear in the hotkeys as that name.
e.g. the default DSK is titled "DSK 1"; therefore in the hotkeys, it will be titled "Show on DSK 1" under whichever scene you've set for the DSK.

fix crash when starting with OBS 27.1 RC1 or higher
Click to expand...

Read the rest of this update entry...
F

Details: it should be "per DSK".
Example: I use at least two DSK's now: logo bug and news ticker. I want to hide ticker and logo on scene "intro", but hide only ticker on scene "pool results".

2. Force switching DSK's on particular scene, i.e. two versions od logos - one dark, one light. Both in DSK "logos". When I switch to scene "camera 1", I want to use dark logo. When I switch to "pool results" scene, which has dark background, I want to switch automatically to light version.

It looks like the first feature request is just a specific case of the second one - I can put empty scene as one of DSK's and switch to this one (and actually I do it, it's easier to switch to empty DSK instead of disabling).
F

^^
I think, this function is called "go with" (for next scene and DSK) and "go clear" (for nest scene without DSK) and shoud be set before transition for every scene.

In hardware mixers there's something like "next transition" and you can set, what you want to include with (ie. DSK): https://youtu.be/WCcoW47yFh8?t=362
J

Nice, this is so much cleaner than adding an "Overlay" source to every single one of my scenes.

My use case here is that I have about 45 scenes (mostly composites of live RTMP and video file media sources) of different content that I will switch between during a stream, and apply a common overlay (mostly chatbox and donation alerts). Recording each of the scenes individually would be onerous and not capture the timings and flow of scene transitions during the show. Rather, I would just like to capture what is going into the DSK as a recording, so I can just re-overlay it later (e.g. for a rebroadcast) but otherwise record the scene-to-scene transitions as-is.

Wow, thank you! That does exactly what I was looking for and had previously thought was impossible.

For anyone else wondering what this means, the magic here is the Output Source that doesn't seem to have much documentation. It has a number of channels which I don't fully understand and will need to mess with more. But the net is that channel 0 of the Output Source without the DSK contains what's in the Program view (e.g. what you area stream). Probably for normal streaming, this would not be useful because since channel 0 is what you're streaming, it wouldn't make sense to then further generate any scene content which could, by its nature, not be streamed.

However, in conjunction with something like Source Record or the NDI Output filters, you could add additional overlays on top of the broadcast stream, and then send that somewhere else.

There is even more magic that can happen in conjunction with the DSK plugin. Channel 0 of the Output Source shows what is in the Program view before the DSK is applied, and channels >= 7 have the DSKs (e.g. if you have 1 DSK, that is in channel 7, if you have 2 DSKs, the first is in channel 7, the second is in channel 8). That means using the DSK, you can do some things that you can't do by copy/pasting an "Overlay" source into every scene.

Using these capabilities, my use case of recording the current scene prior to applying the DSK is simple, and only just the beginning.

If you have dynamic content in the DSK (like chat browsers), you could record those overlays separately. If you had a live control room with multiple monitors, you could create a scene that contained the stream output with additional monitoring data overlaid (e.g. from browser sources that contained other live stats) and send that via a Projector to a monitor. Or you could through a normal source projector, send the chat overlay to one monitor, and then send a composite of the clean stream view + monitoring stats over to another monitor.


Exeldro said:
@jkao you can add a source record filter to an output source on channel 0
Click to expand...

Exeldro I added DSK to my stream, and love its capabilities but whenever i close OBS and reopen it. DSK starts and i have to use my hotkey to turn it off. Is this normal?

Murkedd said:
Exeldro I added DSK to my stream, and love its capabilities but whenever i close OBS and reopen it. DSK starts and i have to use my hotkey to turn it off. Is this normal?
Click to expand...