Push OBS audio to Skype. - or - Why do the memes don't play properly?

So I'm giving some private tutoring via Skype. For that I use OBS to have a facecam and a timer on top of my screen. What I was doing until now was that I used OBS build-in virtual cam as video output and then in Skype just used my microphone directly as audio to talk with the student. 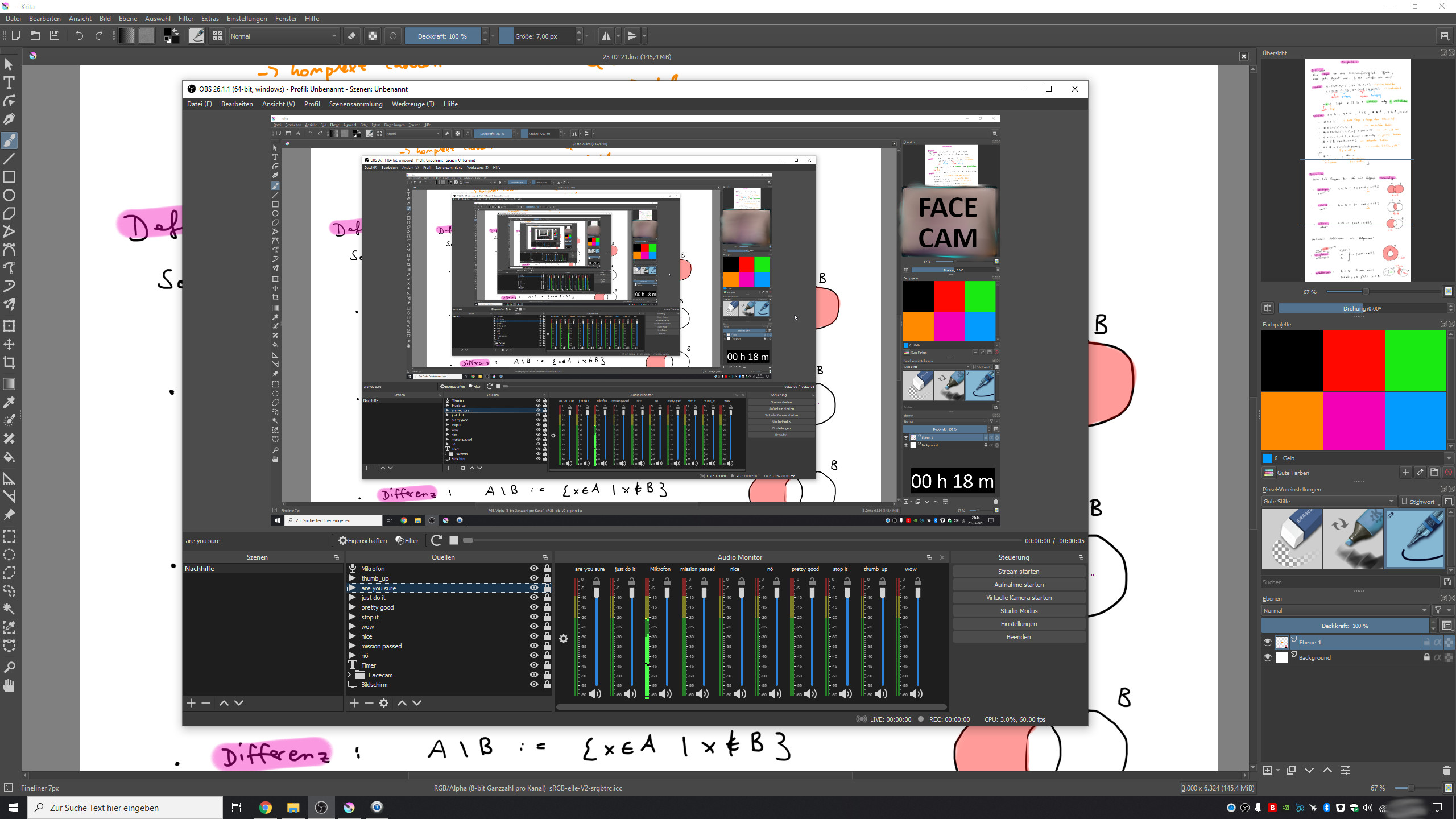 How my Screen is setup.

But now I had the wonderful idea to add some "meme effects" to OBS in order to make the tutoring more fun (for example: click and click). On the Video-Side everything went smooth, because nothing really changed. I still use the build in virtual cam. So in order to make this work I had to find a solution to merge my microphone audio and the audio coming from those clips before pushing them to Skype. What I ended up doing was the following: 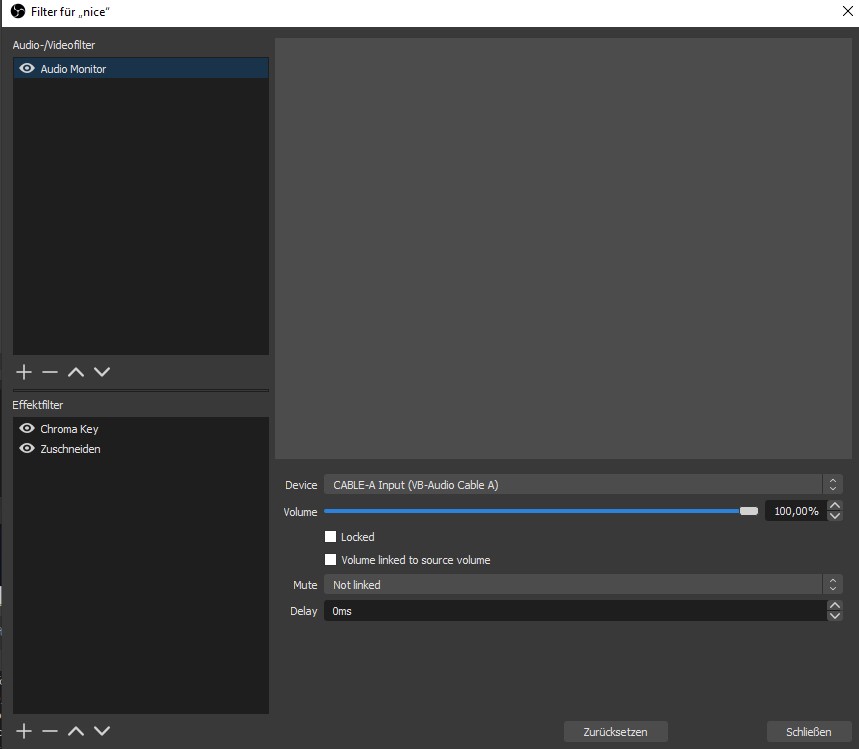 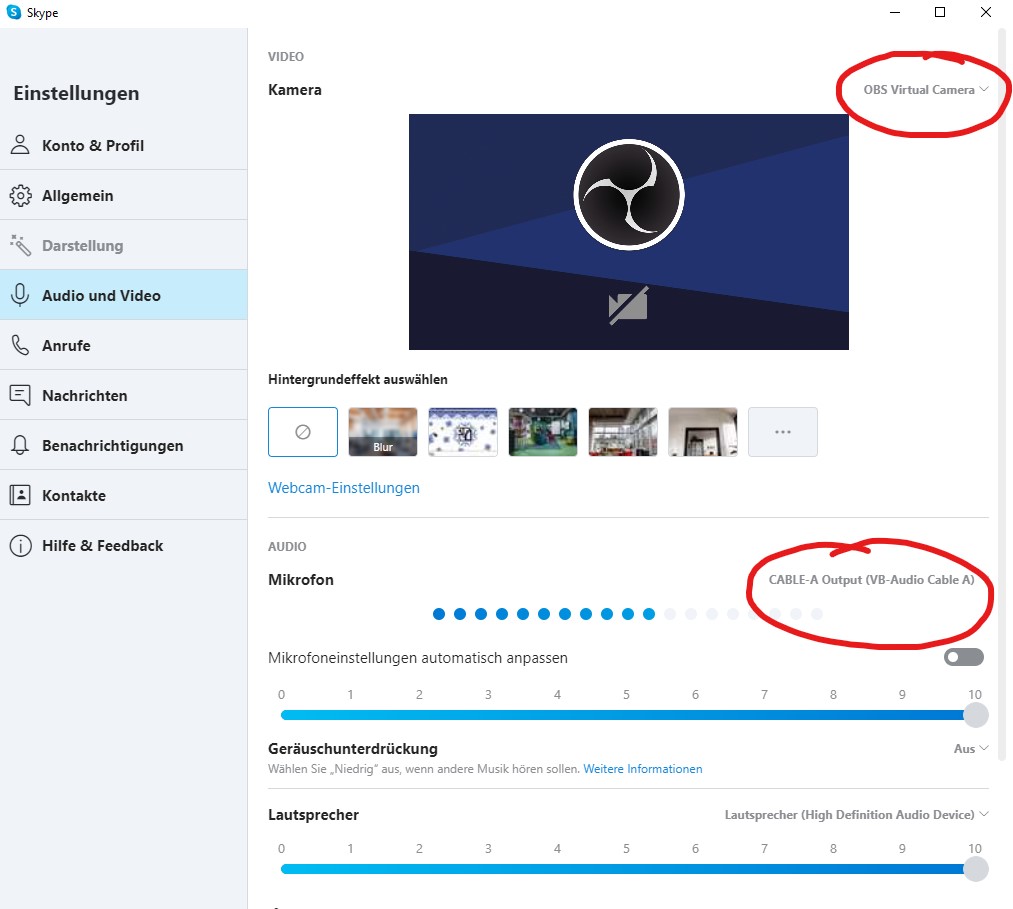 So here comes the problem: When ever I play a meme the sound of it doesn't come through very nice. Some times it is very choppy, some times it is way to quiet, and sometimes it only plays half. This seems very strange to me because the audio from my mic is super clear and nice. Its only the memes.

What I already tried:

The memes are local *.mp3 files which i have as a media source in my scene. On that I have a ChromaKey filter and the AudioMonitor from the plugin. I read you should post a log file with your thread, so here it is: click

I have no idea what could cause this. And I'm really glad for any help, because I think the students would love it :D Thanks guys! 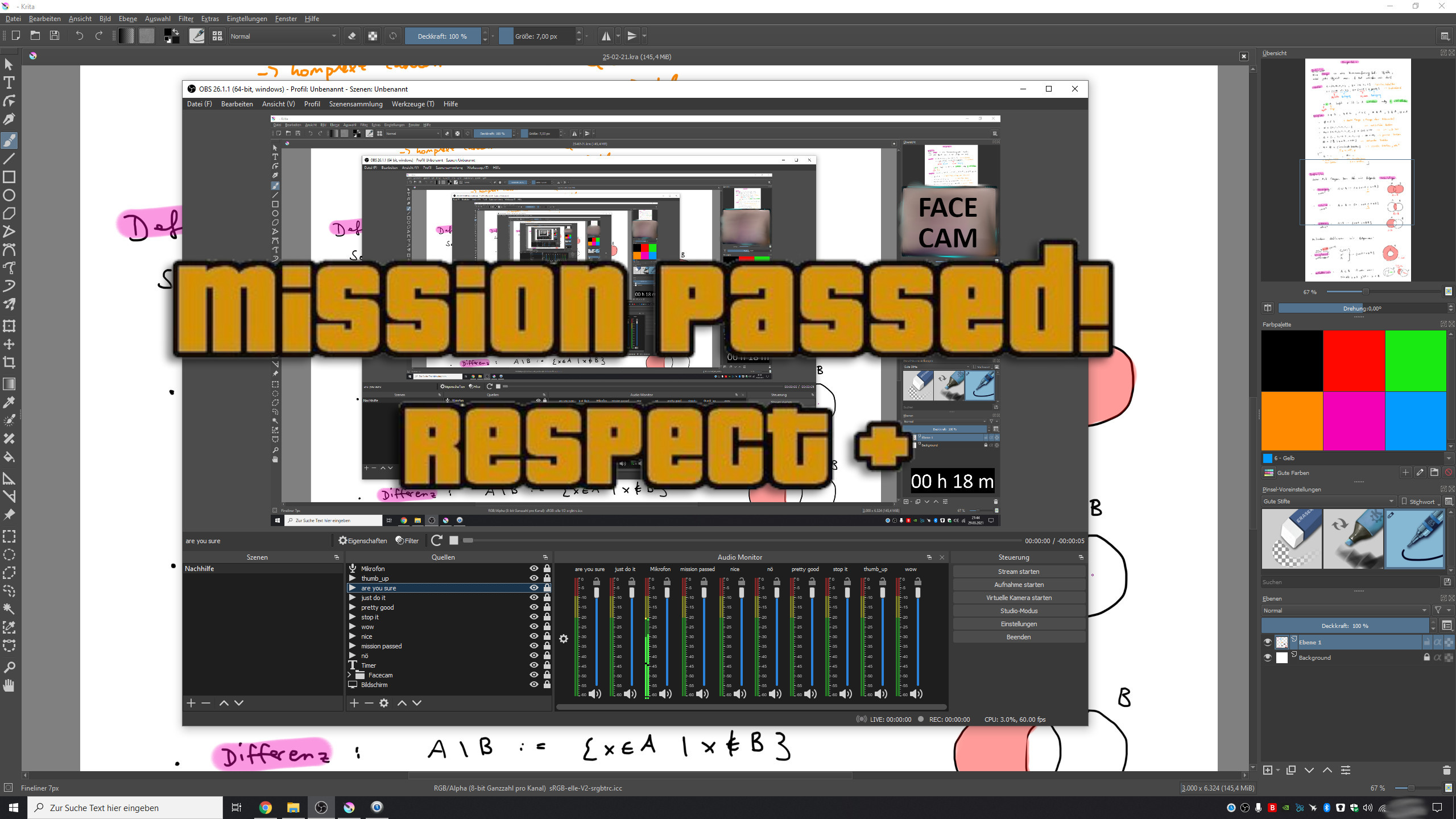 A example of a meme clip on top of my screen (I just put it on there with gimp to show the effect).