I need some help figuring out this issue with OBS recordings and Da Vinci Resolve. My media isn't appearing as offline entirely, only a frame every once and a while. I've tried multiple settings fixes for both OBS and Da Vinci and it still hasn't fixed it. Watching the footage in VLC looks just fine, not even a stutter where the frame should be. I've tried:
For OBS
- Changing the recording file from MKV, MOV, and MP4
- Remuxing the footage into MP4 and MOV
- Changing the settings to have lower frame rate/lower canvas size
- Change between VBR, CBR, CQP
- Change between x264, Nvenc 264 and 265
For Resolve
- Changing video frame rate
- Using GPU for RAW decode
- Slowing down playback
- Clearing render cache

At this point I'm not sure what I can even do to fix this issue. I'm on the most up to date Resolve 17 and OBS is up to date. My CPU and GPU aren't peaking while recording or editing. I read no dropped frames while recording. I'm really at a loss, so if anyone has a potential answer or fix I'd really appreciate it. I'll change whatever I have to, but I find it weird that everyone sings Resolve high praises in the streaming community and I've never heard anything about Media Offline issues from anyone else.

Forum Admin
Developer
If you have the disk space, recording in all I-frame mode usually improves the behavior of editing software. Alternatively try disabling B-frames. 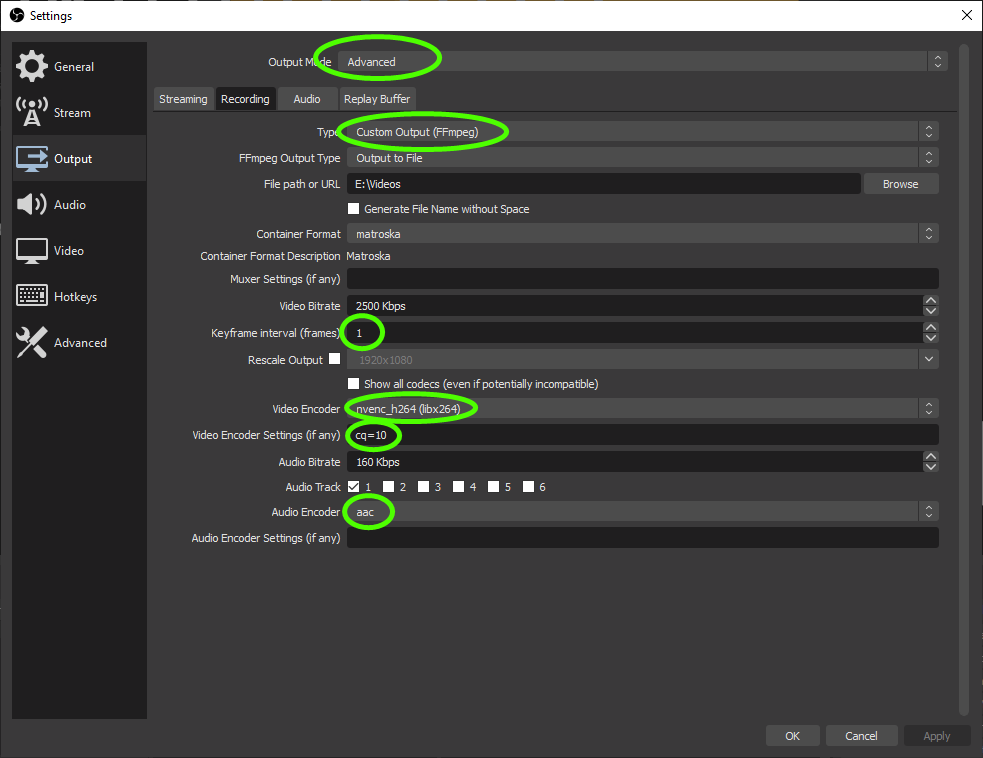 R1CH said:
If you have the disk space, recording in all I-frame mode usually improves the behavior of editing software. Alternatively try disabling B-frames.

Thanks, I'll give this a try. Are these all your recommended settings?
S

Okay, I think that fixed my issues with recordings and Resolve. Remuxing to MOV has shown no signs of media offline in a bit.
You must log in or register to reply here.
Share:
Reddit Pinterest Tumblr WhatsApp Email Share Link
Top