Can't play SRT stream through media source on OBS Linux. Works on Windows and through ffplay in Linux.

Not sure what I am doing wrong here! The SRT server is running smoothly (https://github.com/Edward-Wu/srt-live-server). I can even add the server as media source in OBS on Windows, and it plays really nicely with low latency and all.

But the second I add the same information into media source on Linux, it will not run. I have compiled ffmpeg with libsrt and everything needed. I can play the stream through ffplay on the same Linux system I have the server running on. So the server is up and running, and I can play it with ffplay on Linux and it works on Windows OBS - but it just refuses to start the media in OBS on Linux. 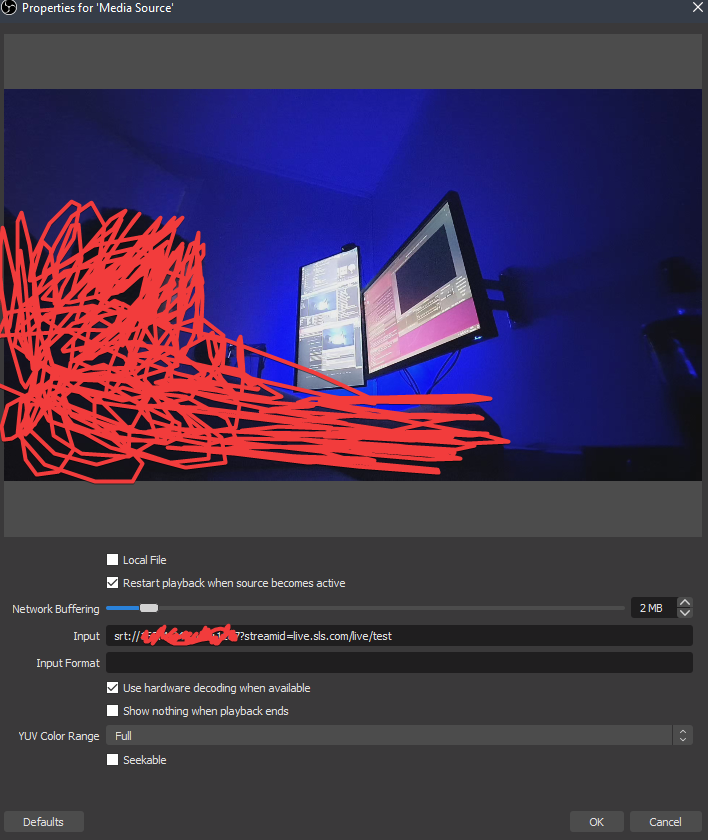 Linux OBS (not working, tried using internal IP and external IP): No need to link image. It's the same settings, but with a black screen. It's not picking up the stream. 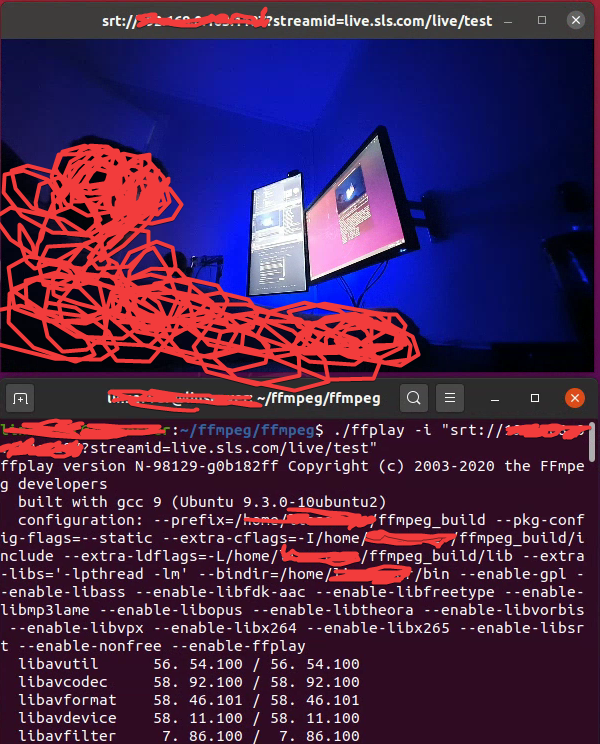 I have tried changing/forcing input formats like hevc and mpegts in OBS on Linux, but there is no stream coming through. I have tried unchecking and checking all the settings in media source, nothing really changes.

I mean, it's quite clear that libsrt is enabled and working, since I'm using the protocol through ffplay. And the stream is working perfectly in OBS on Windows. I guess one weird thing, is that I cant watch the stream on VLC by adding the srt url, I have to use ffplay to get the srt stream to work through VLC.

Anyway! What am I missing here? I have tried re-installing OBS on Linux, with no luck. I have yet to compile one from source though. I will try that as a next step.

Hi. Any ideas ?.
I have the same problem. In windows it works using the recording option.
I couldn't find a way to stream SRT from Ubuntu using OBS.
FFmpeg works OK.
Maybe it is that OBS for Linux does not have the Tx SRT available?
D

That's beginning to be my belief. Although I don't have any Windows boxes I can test this with. Maybe SRT works in Windows but it was forgotten to be included in the Linux builds?
T

I know this is months old at this point but I just want to confirm that trying to play an SRT stream from a media source on Linux does not work for me. I spun up a VM and installed Windows after seeing this thread and tested the same SRT stream I was trying to get to load on Linux and it worked immediately in Windows. Something is broken in the Linux version of OBS related to SRT.

I am forced to use srt-live-transmit on linux to make it listen for SRT and then output UDP it to loopback 127.0.0.1 because its impossible to make my OBS 26.1.1 listen for SRT input RX - I have tried alot both compiled versions and snap versions so something is not working with OBS Linux and SRT API - I am not sure if the problem also exist on the MacOSX anyway I can't solve this.
I have a ffmpeg compiled with libsrt etc - on my raspberry I can transmit SRT using full hd/25 frames and it works perfekt to my Linux with OBS and srt-live-transmit -a -s 5000 srt://:4001?passphrase=secret1 udp://127.0.0.1:4501
Then I can add the mediasource as udp on port 4501 but this is just my workaround because something is broken with linux OBS/SRT.
- I am not sure about the SRT output /streaming from OBS but transmission from one linux OBS to antoher linux OBS using SRT does not work but maybe its only the RX part.
E

Managed to get OBS 27.0.1 + FFmpeg 4.4 working in Linux with SRT protocol used in Media Source. 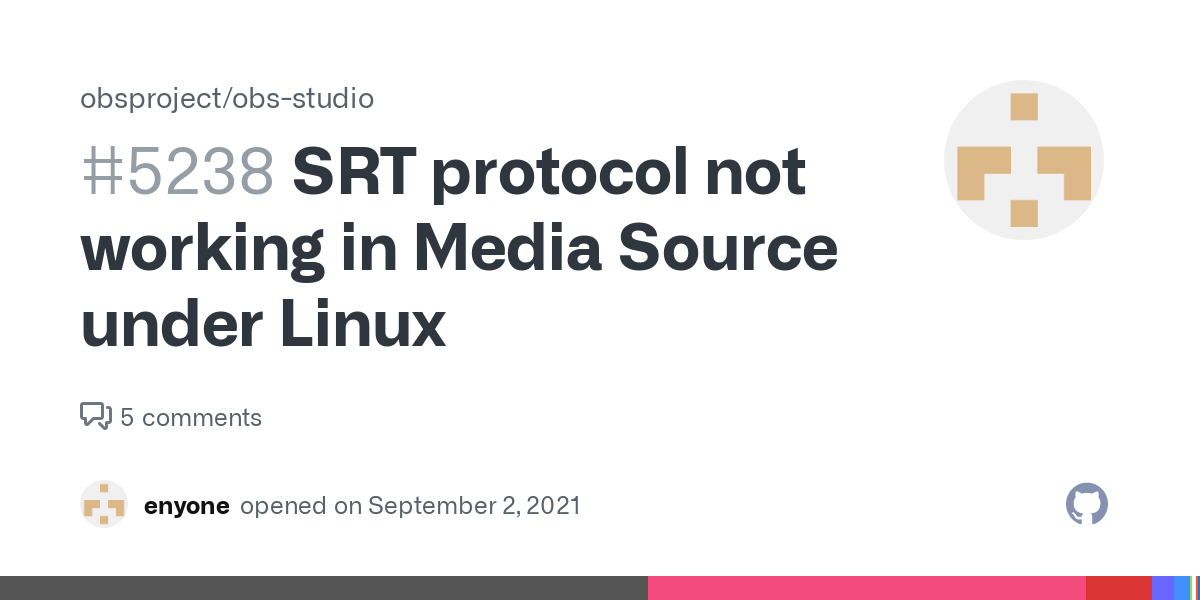