Updated the theme for OBS v25

OBS v25 got released and I managed to update all of my themes Twitchy, Mixery and YouTubey just in time. As always, if find errors, let me know! <3
~Fabi

[IMPORTANT] Twitch changed their design, breaking the fluent look of my theme + WORKAROUND

You probably noticed that Twitch overhauled their design and changed some pretty important things like the chat. It's now... black. Black as in pitch black.
Since they changed pretty much every color, the Twitchy theme will get a complete redesign sooner or later. Probably later, because no one knows if they're planning on changing even more major things.

Here's a screenshot so you know what to expect with this change.
Left = Before | Right = After 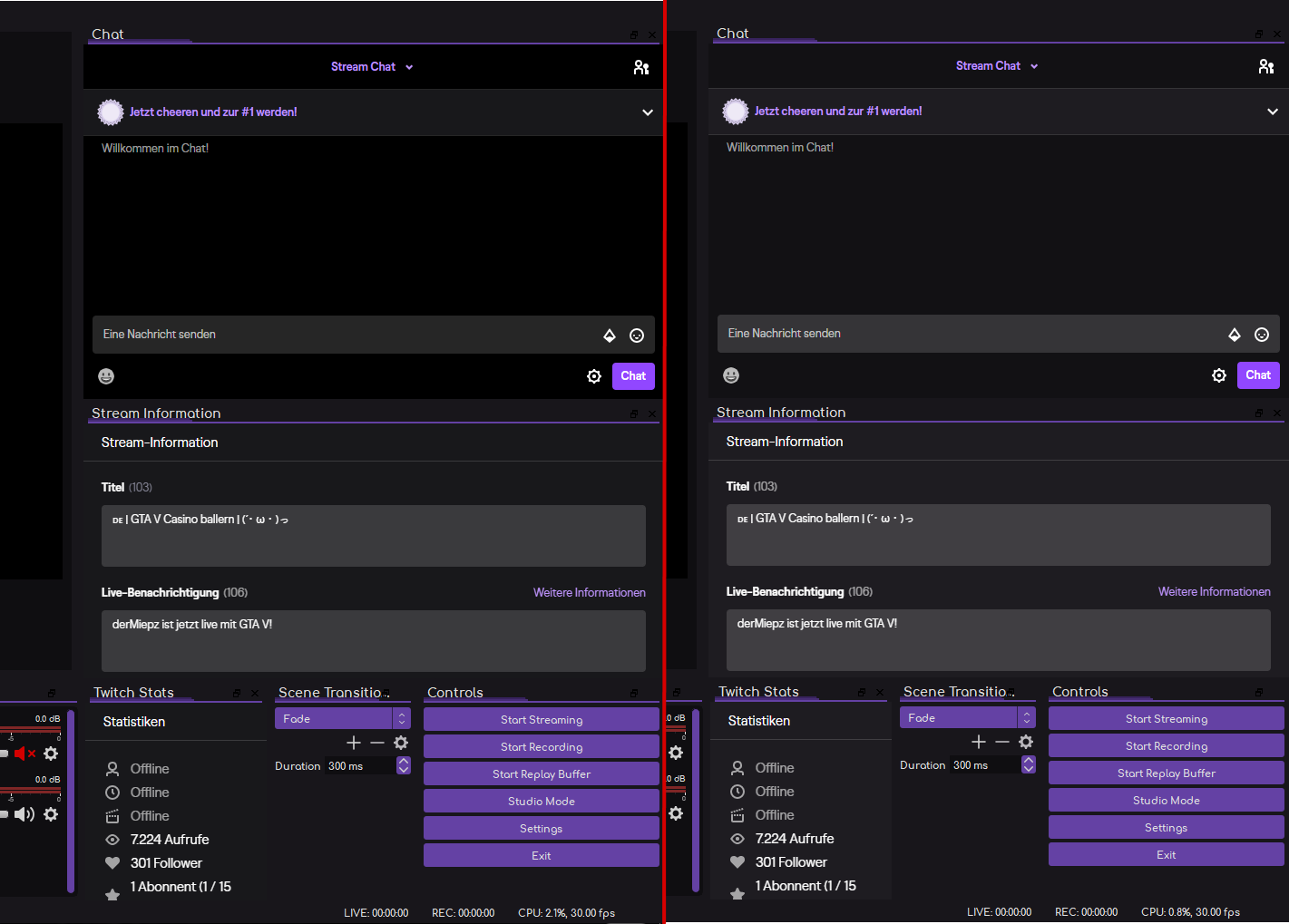 The chat looks way better and pretty similar compared to before, but the other panels like "Stream Information" and "Twitch Stats" are a tad brighter. Not much we can do about this.
I've talked with the lead developer of FrankerFaceZ and asked him if it would be possible to change the docks and chat separately since that's not possible atm. He has a lot of work at the moment but he keeps it in mind for a future update. If he's taking too long, I'll just update my theme and hope that Twitch won't screw me over.

Again: This is a workaround and only temporary. Expect BIG changes with this theme!

I hope that this little update helped you with Twitch's "interesting" style decision.

Updated the theme for OBS v24

Updated the theme for the upcoming OBS v24, removed unnecessary files, fixed minor things.
If something is broken, send me a PM and I'll get it fixed asap. :D

Fixed the top_hook.png and some icons

Fixed the top_hook.png, some icons were missing
(top hook)

Thanks to @lindenkron for showing it to me :3

Not sure how I missed that but I forgot to change the paths of the settings icons in the Lite version.