Pixel Match Switcher can trigger switching scenes, changing visibility of scene items and filters, and other actions in response to pixels of video being matched against image templates.
Foreseeable Use Cases

Presently, the plugin requires a special atomic-effects fork of OBS to function. We provide installers of the forked OBS with the plugin included to make everything easier to try out. 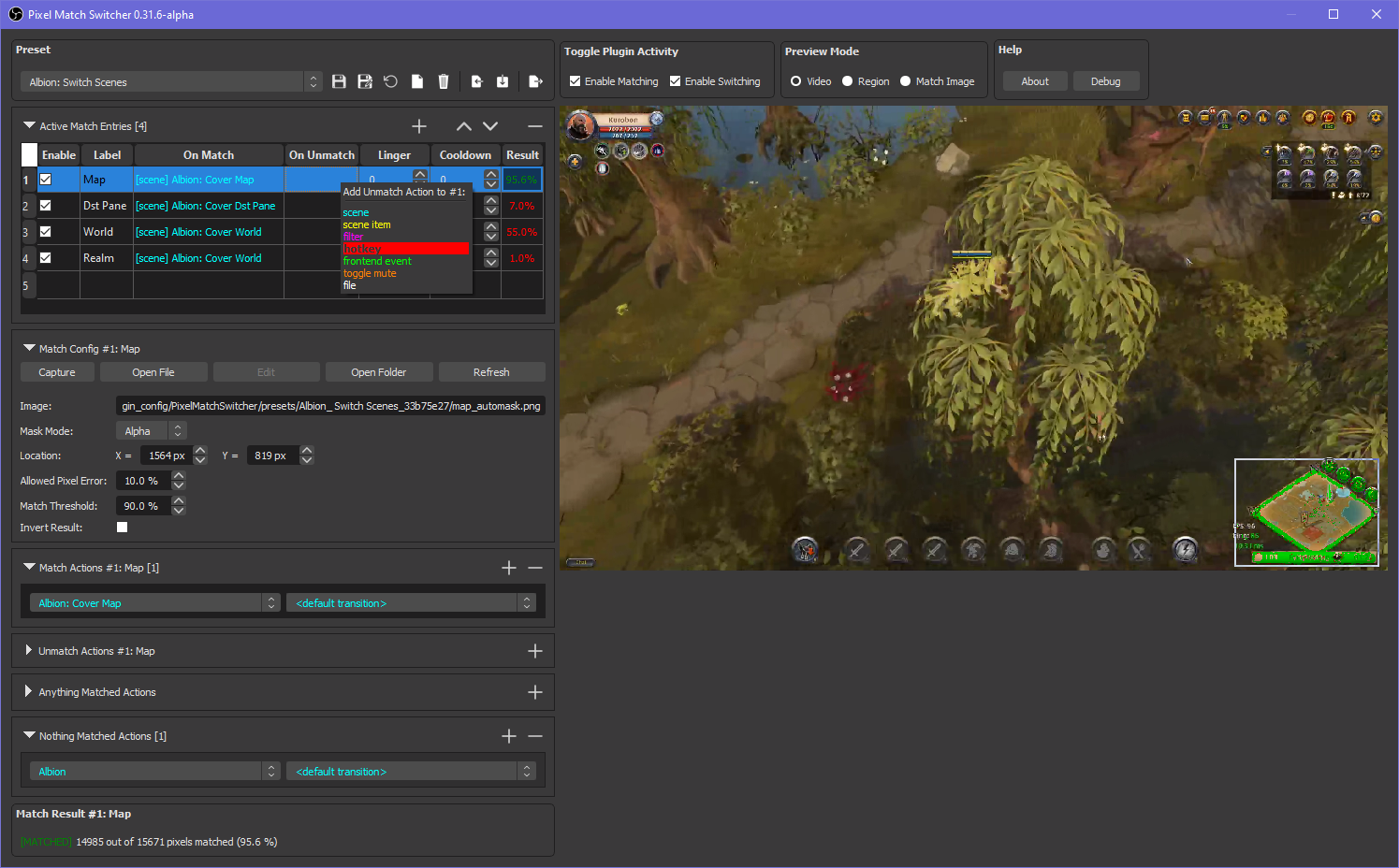 Pixel Match Switcher plugin requires effect results and atomic counters to work. These precursor features are not present in the mainline of OBS Studio at the moment of writing. We provide the atomic-effects fork to introduce these key features into OBS and make our plugin possible. Effort is being made to keep the fork up-to-date with the latest OBS commits.

We hope to see the changes of the atomic-effects fork eventually integrated into OBS mainline. Perhaps, the Pixel Match Switcher itself could one day be bundled with OBS; part of the starter arsenal to make the awesome tool even more awesome. Our hearts would be filled with joy when the gift of pixel match switching becomes easily accessible to the community.

Join the discussion Get support

This is Best Plugins
But
0.31.8-alpha make OBS STUDIO crash
Hope to have an update
Upvote 0 Downvote
This is so useful. I'm using it to give entire presentations from PowerPoint where an icon on the slide is replaced with my face. I switch slides, the part of the slide is detected, and the scene automatically switches. This means that I can use the same set of OBS scenes with many different PowerPoint presentations. I do wish that the build included had the OBS Virtual Camera, but it is no big deal to use the plug-in version.

This should absolutely be included in the main OBS source.
Upvote 0 Downvote
Read more…
Top