I make one "work around" with my cam and are using one notebook as webcam with OBS and NDI, an second PC to receive the webcam and streaming all those data...
The most strange thing is, the notebook send correctly the "signal" in my local network on the print i show what i found (see the print to understand whats is 1, 2, 3 and 4):
1 - Second PC receive data (with NDI Toolkit) from "webcam".
2 - NDI Monitor show the cam in "live" preview.
3 - OBS NDI don't appear the Cam name (red rounded in number 1) in sources, but show the monitor.
4 - NDI don't show image on OBS Preview. 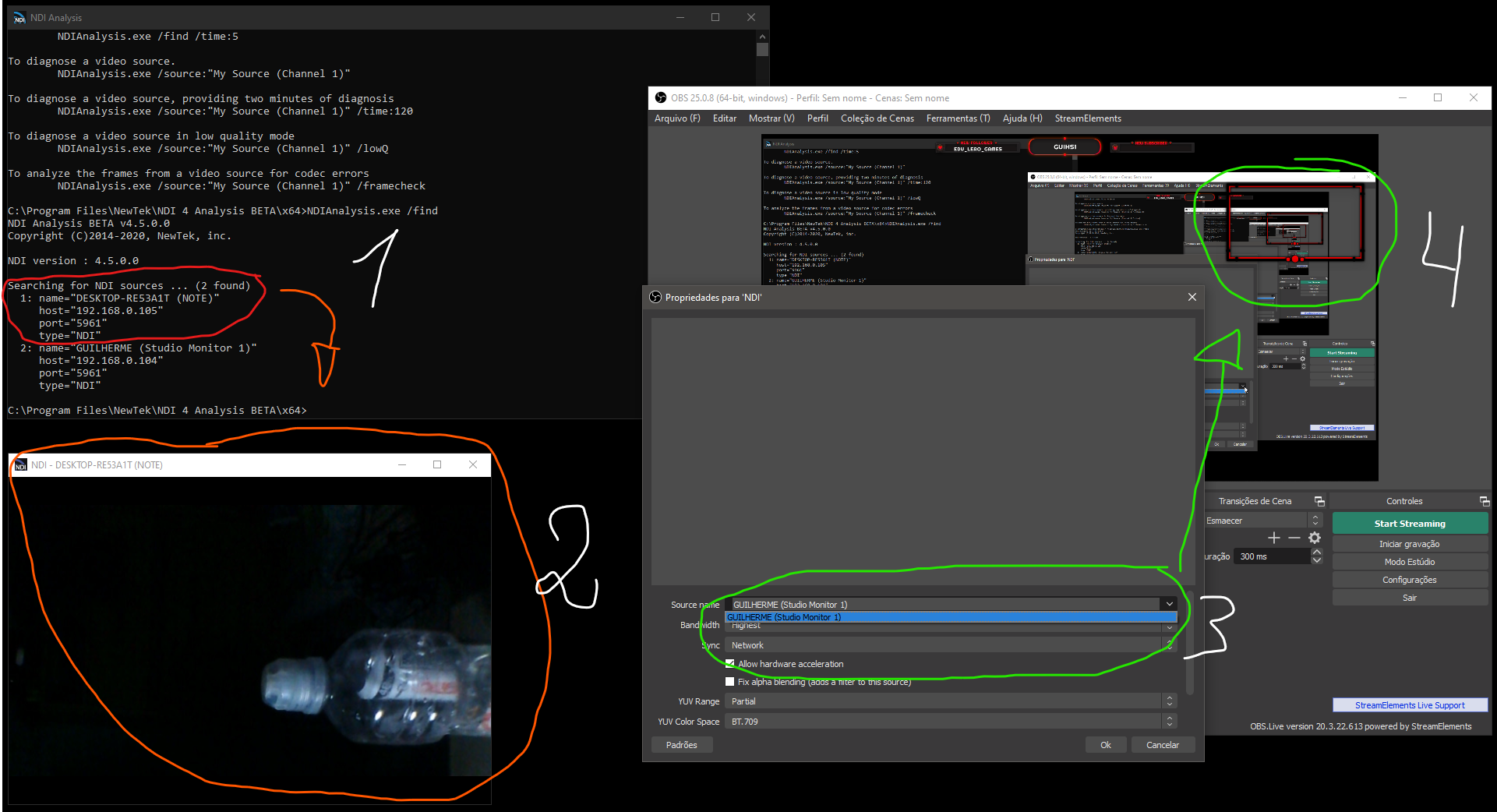 I've used all NDI recommendations for test problems (NDI Toolkit and NDI Analysis), and all show as "works as expected" but the OBS shows to have some trouble to work with NDI Sources...

What is expected: On NDI Source appear the name like appear in the CMD.