I have a short video I want to play when triggered by my Stream Deck, have it stay on screen, then removed, and then when displayed again, restart the video. Here are the settings for the media file: 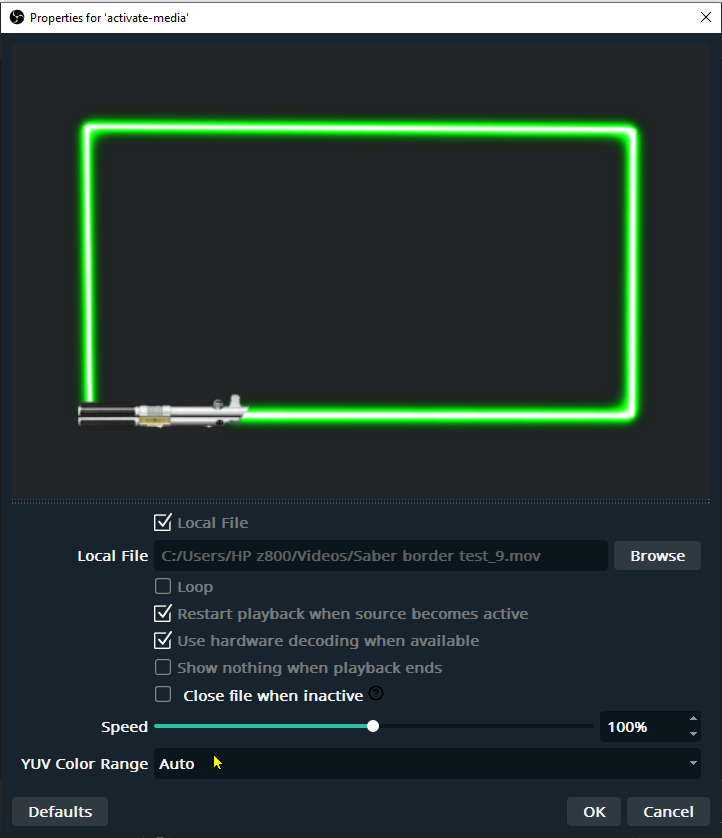 It would be better if OBS would not display the video until playback of the media begins so that it eliminates the flash. It would instead show the first frame of the video instead of the last frame from the video.

So in a nutshell, when starting playback of a video display the first frame of the video and not the last frame.