Question / Help Is this how it's intended to work?

I just downloaded the Windows 10 version of OBS and after I complete the setup wizard it opens up a box labeled stats. Using the shortcut on my desktop and the application file in file explorer also brings up this stats box. I've tried waiting 30+ minutes and redownloaded OBS multiple times. Is this how it's intended to work? And if so, how do I record? (Upon closer inspection, OBS seems to open for a split second and then close. Leaving only a Stats tab. How do I get OBS to stay open?)
Last edited: Apr 11, 2020
T

can you post a screenshot of what you see?
C 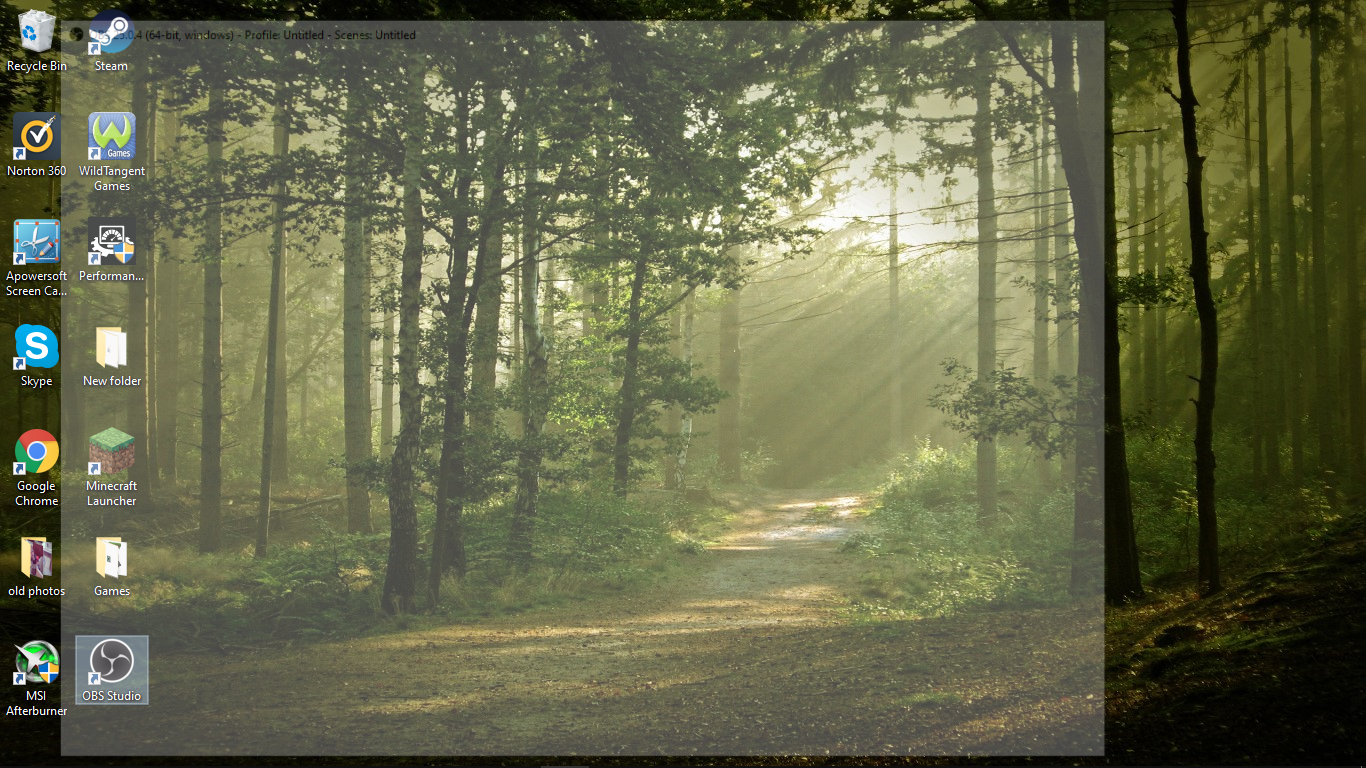 It is closing in this photo.
C 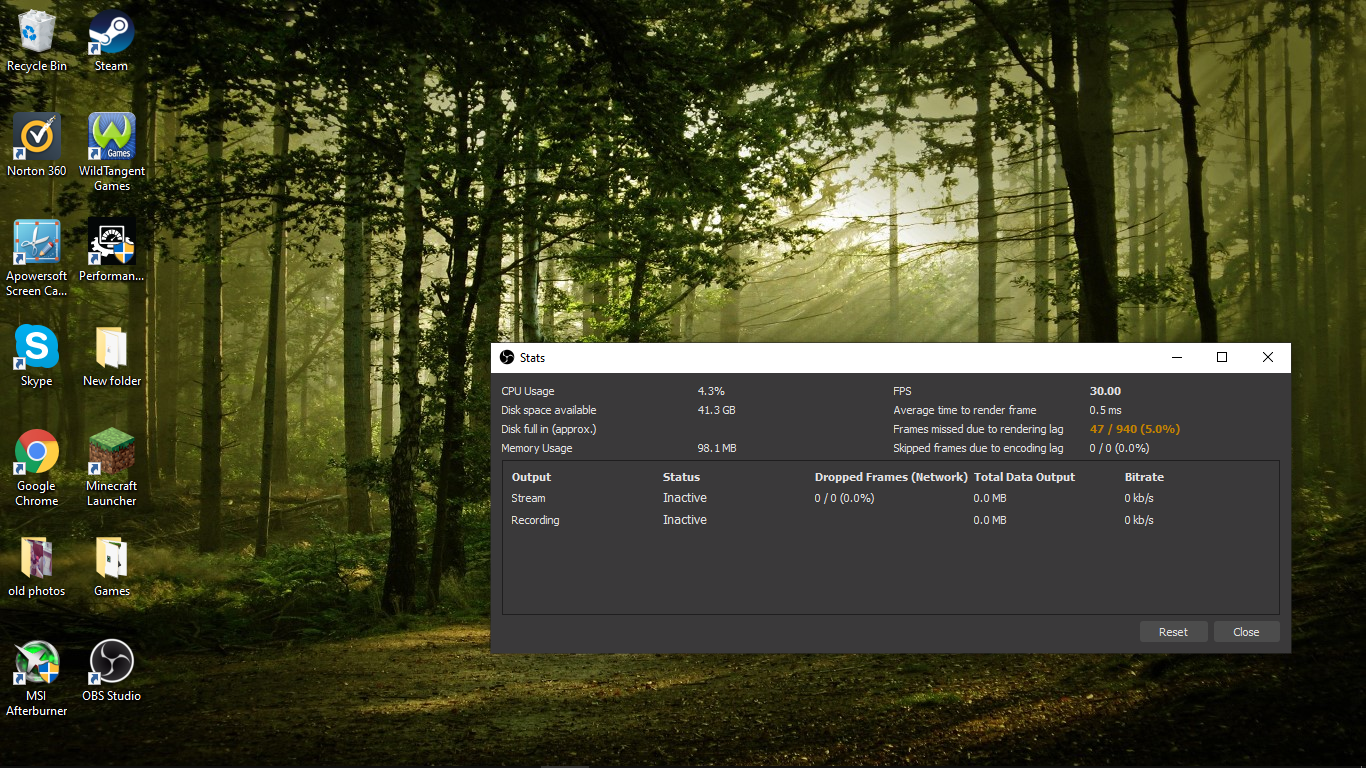 Then this box pops up.
C 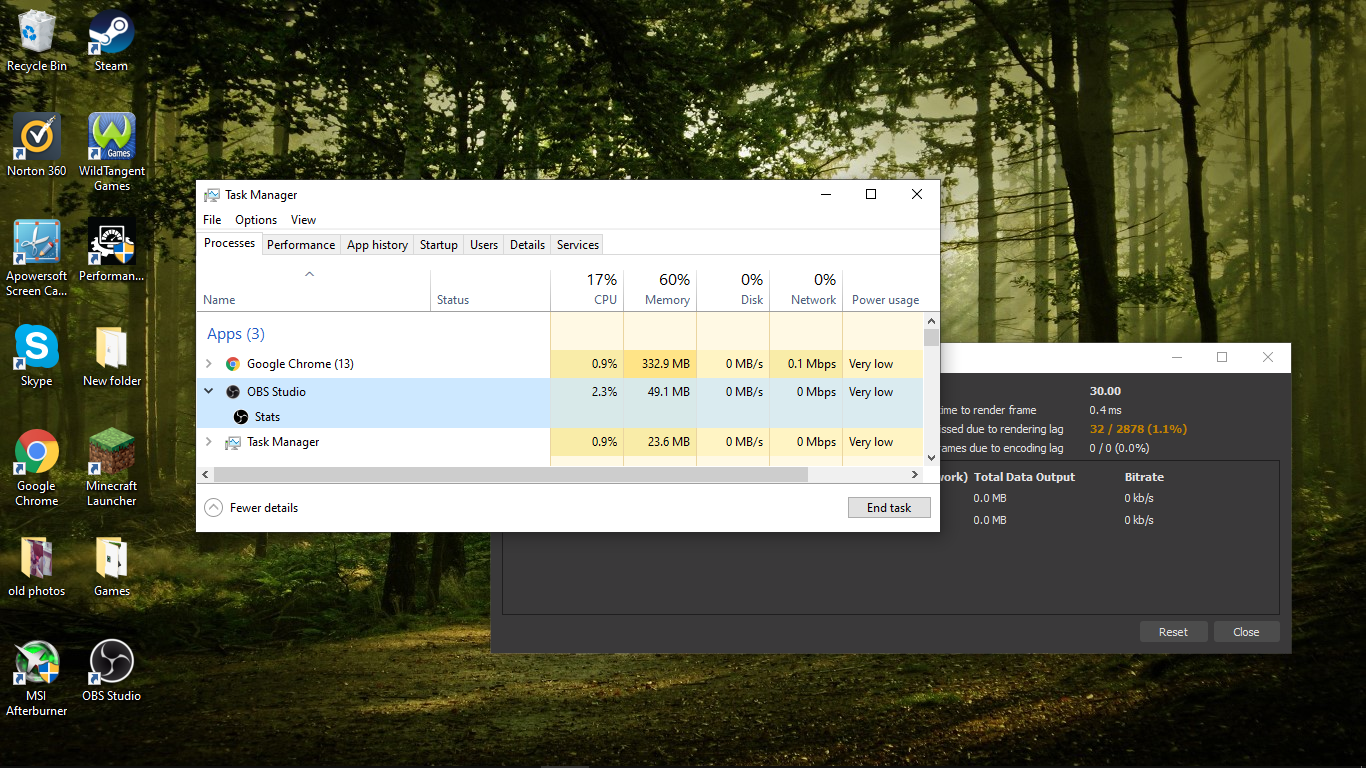 Not entirely sure what's going on there.
First thing I'd try is going into the %APPDATA%\obs-studio directory with OBS closed, and rename the 'basic' subdirectory something else (like basic_bad or something) then try starting OBS again.

OBS' settings are stored in that 'basic' folder, not the main install directory, so uninstalling/reinstalling the program isn't going to help anything, with the settings not being touched. Doing the above will remove your settings and generate a fresh default set, which (probably) will fix whatever's going on. But it WILL reset everything in OBS to defaults... not really a problem if you're just getting started.

Alternately, there's the possibility that OBS was moved offscreen somehow. You could try starting OBS, waiting for it to 'vanish', then hitting CTRL+Space, M, press the arrow keys on your keyboard, then wiggle the mouse a bit. This is the Windows 'move' hotkey combo (I've always had to use the arrow keys before the window would 'stick' to my mouse pointer). If it's not just offscreen this won't do anything. But if it is, you should be able to move the mouse back on-screen and drop the window on a visible spot.

DO be aware that certain programs (like MSI Afterburner!) are known to conflict with OBS, and in some cases need to be fully uninstalled. But normally those result in a crash-on-startup.
C

Deleting/Renaming the basic folder and uninstalling afterburner did nothing. (I didn't really need afterburner anymore anyway) Although I don't know what you mean by "hitting CTRL+Space, M, press the arrow keys on your keyboard, then wiggle the mouse a bit". If you could clarify that, that would be great!

It's a sequence of keystrokes that will allow you to 'grab' the active window, even if it's currently off-screen, to move it back on-screen with the mouse. Try it with your browser window active and not fullscreened. ALT+Space, M, hit the arrow keys a few times, then move your mouse and the browser window will 'stick' to your mouse pointer until you left-click. You should be able to do the same with the OBS window after starting it, if the window is not closing down, just moving to its last position, which may be set to coordinates off your screen.

Alternately, check the system tray at the bottom-right of your start menu, by the clock. There's an option to minimize there instead of the regular taskbar.
C