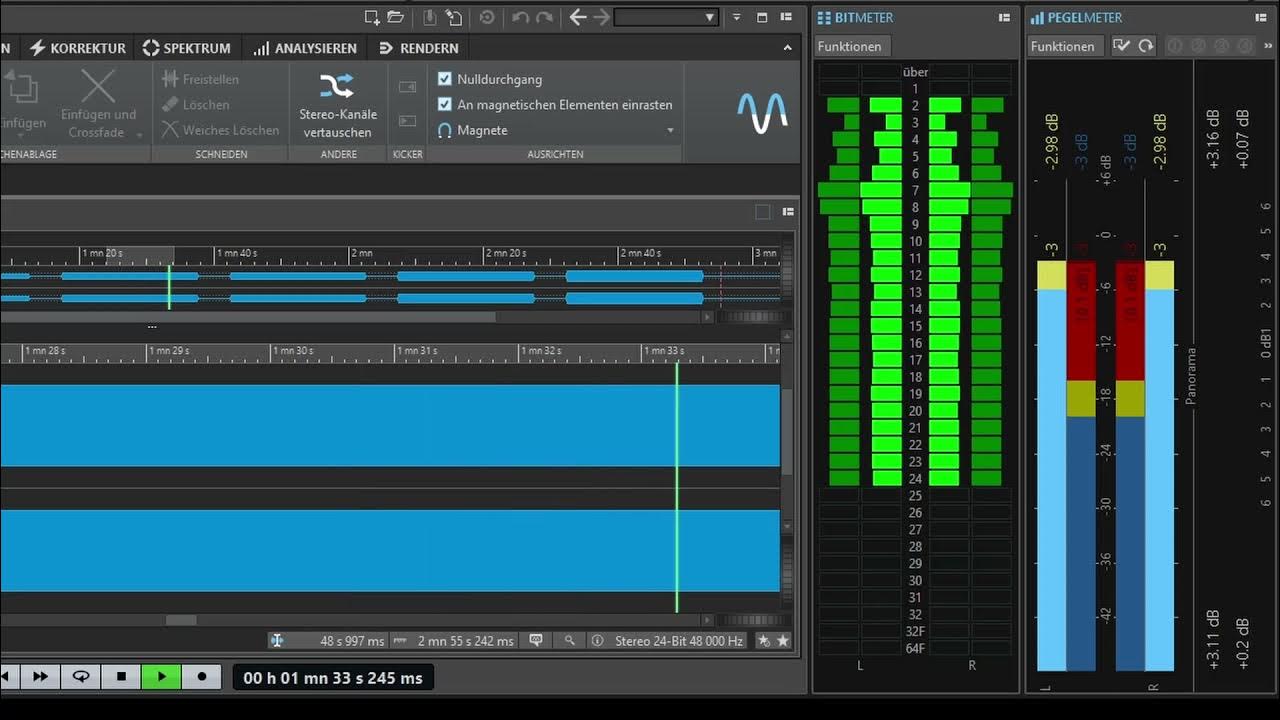 The metering to the right is a german Steinberg Wavelab ("PEGELMETER"). The audio is stuttering a little bit due to accelerating the video 3x (each test tone was 20 seconds originally).
So i ACK: the levels are at least accurate.

konsolenritter said:
Yes. Here it is:

The metering to the right is a german Steinberg Wavelab ("PEGELMETER"). The audio is stuttering a little bit due to accelerating the video 3x (each test tone was 20 seconds originally).
So i ACK: the levels are at least accurate.
Click to expand...

Good to know! Though I don't see the OBS meter itself in that recording anywhere. OBS can absolutely output at full 0dB, it's the display in the in-program meter that (historically) had the -2dB offset on the top end.
K

Yes, its two videos. =D
The meter in OBS seems to be right, too. Shure... there can be an one- or two pixels difference. Sometimes difficult to decide. But in general terms the metering shows the fitting figures. That i checked at first, then i wanted to know if the real output would be unity gain, too. That's what the video shows. In OBS i definitely not checked the dot metering. It's almost to little for my eyes. ;)

While making the second video (window capturing obs + desktop audio capture) i made another disturbing experience: While the playback was stereo with exactly the same playback levels at left and right (as seen in the wavelab), the desktop audio capture was slightly different. I checked in the advanced audio settings that the panning of that channel was in the middle. Mysterious! =D That i have to check again, i'm afraid.
K

So here is a final version (still 3x speed timesaving), but with window-capture of the obs' soundmixer in the middle. Sorry for blurriness. Was made with MagicWindow magnifiered). 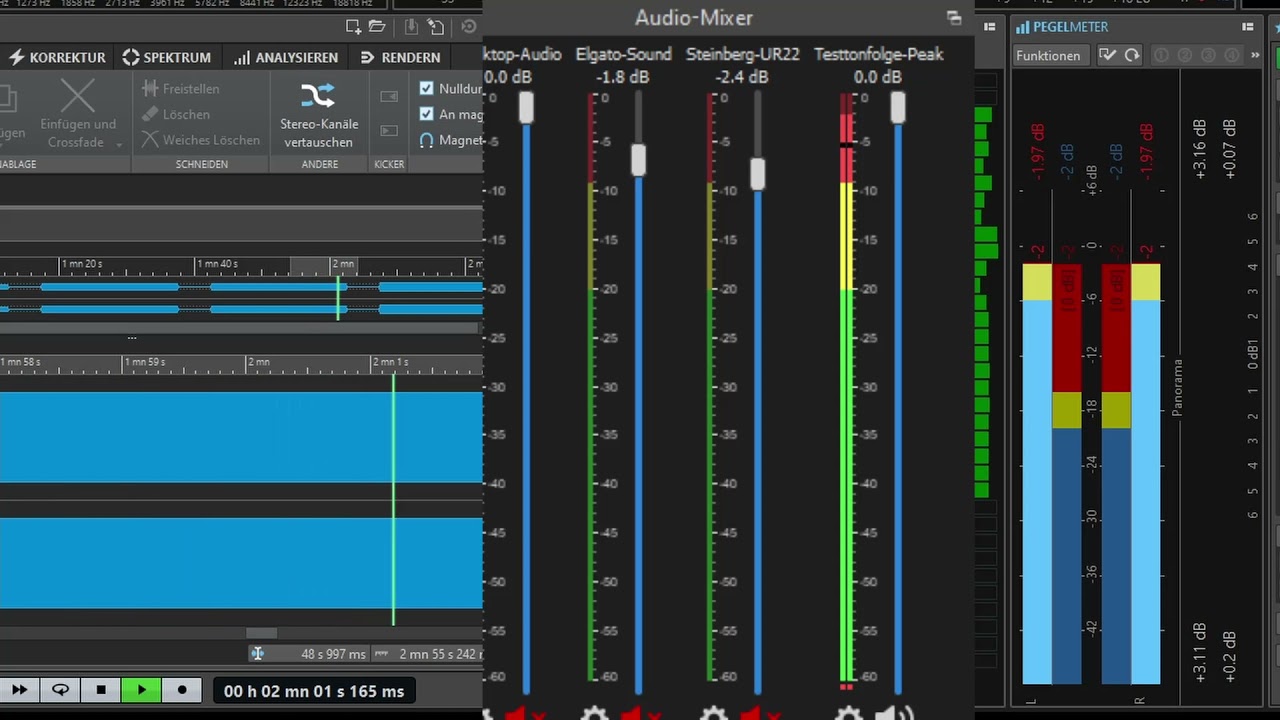 The obs meter shows even a single pixel below/against the scale, i think.

(The audio track in the actual youtube version is lowered overall by 2dB (by me) to accomodate for the last two test tones. Even the -1dB peak tone brought up strange behaviour in the audio encoder.)

That last thing is the real difficult one for going youtube. Target loudness should be -14dBFS, but as experienced here again its strongly advisable to keep the outgoing levels (true-peak) below -2dBFS before entering the encoder. So there remain 12 dB at all in between rms/avg loudness levels and total maximum, including all transient material, seldom peaks and headroom at all. That's not much to play with... ;)
Last edited: Jul 3, 2021
You must log in or register to reply here.
Share:
Reddit Pinterest Tumblr WhatsApp Email Share Link
Top