Hello, I've been having a problem where my bitrate is a stable 5,000 kbps at 60 FPS when streaming things like digital art, etc. on my computer, then as soon as I start up my Nintendo Switch into a game that plays online, (ie. Splatoon), the frames never drop from 60, but the bitrate starts to fluctuate like a heartbeat monitor; going wildly from 200 kbps to 8,000 kbps.

The stream looks pixelated with real bad artifacting when this happens, but the local recordings are always smooth as though nothing happened.

I use a workstation Win10 PC I just built in February that can definitely handle it:

This is a screencap of what the bitrate does from the Twitch Inspector. First half (left) is streaming art at 5,000 kbps/60 FPS, 2nd half (right) is as soon as I started playing online games of Splatoon on the Switch: 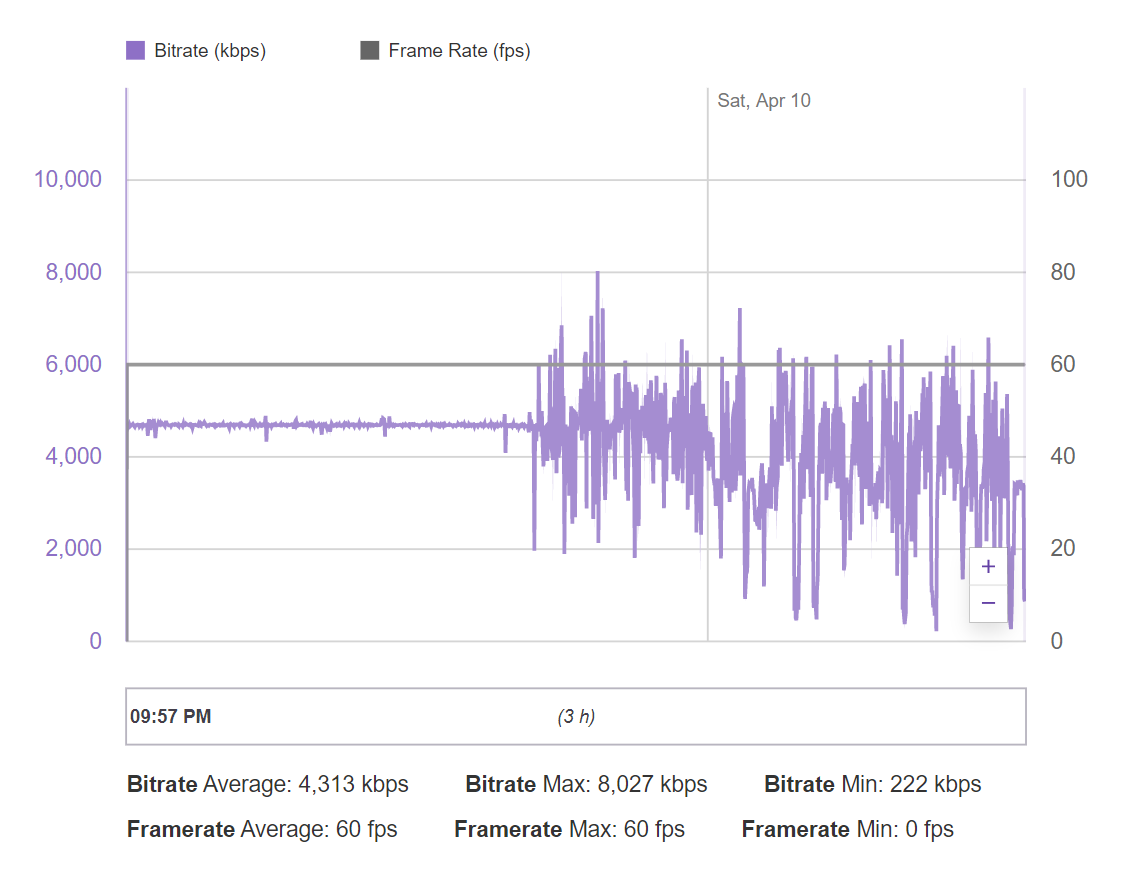 And this is what it looks like during a completely art only stream: 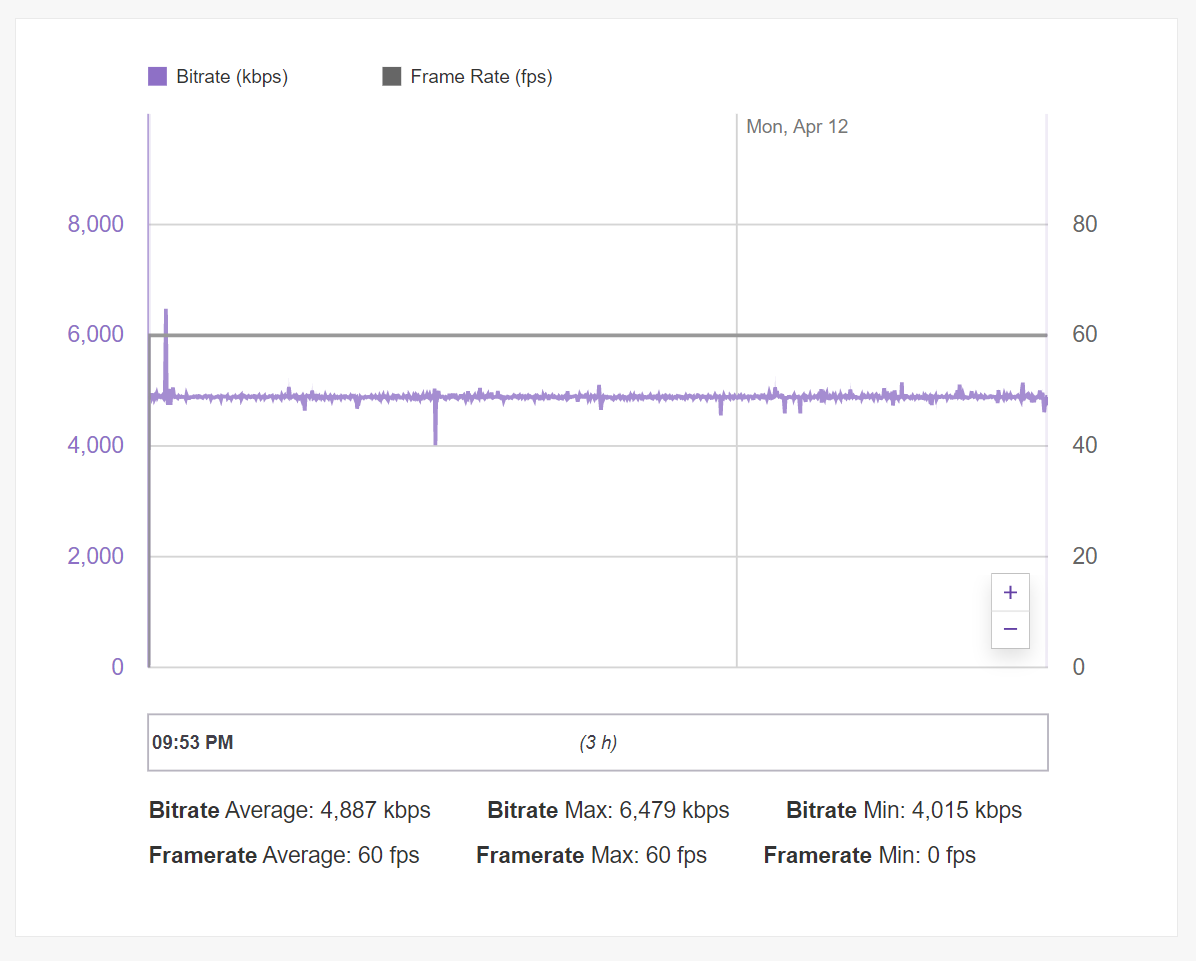 The local recordings are again, smooth like nothing happened. As soon as I stop playing online games with the capture card, it's the nice smooth bitrate again. This only happens when I play games online, but didn't happen at all with online games with the laptop I used before this PC, with the same exact ethernet ports. I tried running a bandwidth test playing an offline game on the Switch, and it was fine like the 2nd image.

I've tried:
Running OBS as administrator, enabling Game Mode, forcing on high performance mode in WIndows' settings for OBS and the like for my GPU, changing the CPU process priority to "high", and enabling TCP pacing and network optimizations, whitelisting the different Twitch servers and OBS in MalwareBytes, no dice. I've tried dropping the bitrate on stream to 3,000 kbps, this just makes the fluctuations even wilder.

On the Nintendo Switch's side, I've tried ditching the ethernet for both 5 gHz and 2.4 gHz WiFi, (Interference issue) to only get the same result.

Does anyone have an idea of what might be happening? Is it an internet problem, despite my 1GB and my up/download speed? (This didn't happen with the laptop I used before) Is the Switch competing with my PC for internet when streaming online games? Is it the capture card? Is there a setting on the switch itself or on my network I could enable?

If I need to post any further info, just let me know. Thanks in advance.

I'm bumping this thread as maybe anyone has a clue what might be the solution. I'm facing almost the same issue since I started to stream from Switch.
S

I had this same problem. Unplugged my elgato and plugged it back in and it fixed the issue! This was after I had tried everything else.
You must log in or register to reply here.
Share:
Reddit Pinterest Tumblr WhatsApp Email Share Link
Top