This is a plugin to streaming to multiple RTMP servers concurrently.
It's able to share encoders with main output of OBS to save CPU power.
It can also use standalone encoders with basic configuration (bitrate) 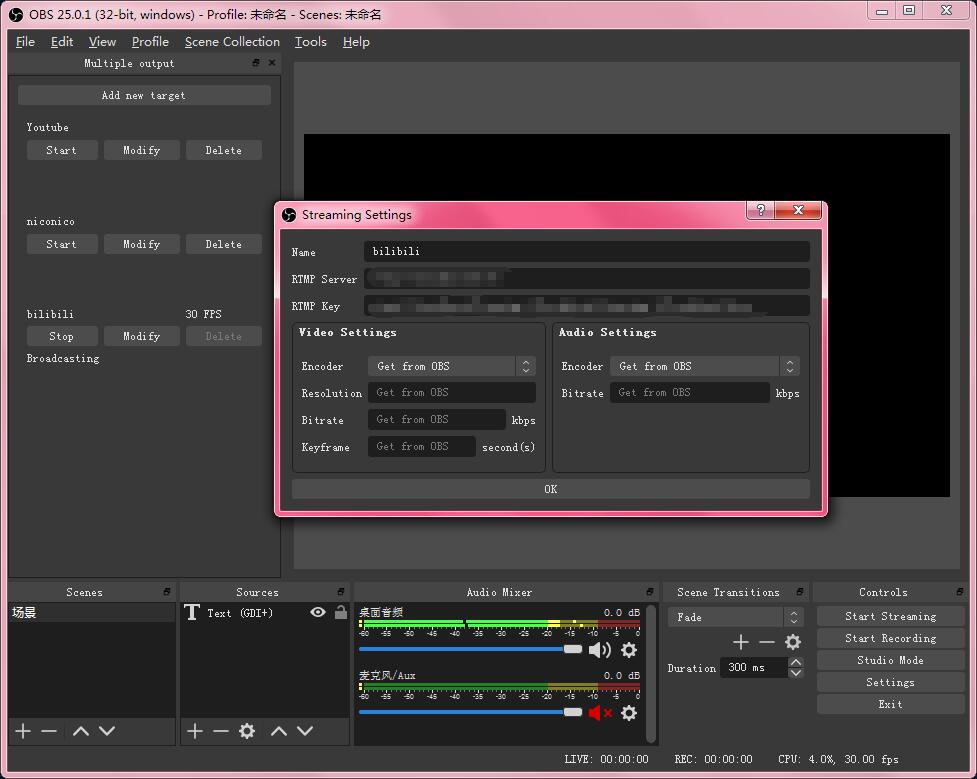 It has been working well on my M1 Macbook until OBS Studio 28 but when I updated to OBS Studio 29 the plugin shows in Finder but OBS will not recognize it. It most likely need to be updated for OBS Studio 29.
Upvote 1 Downvote
Needs to be updated to OBS 29, when I opened it, it didn't show up. I download it again but nothing. It's not working.
Upvote 5 Downvote
no worky with OBS 28.1.2, M1 Mac.
Upvote 3 Downvote
For some reason the new ver. of the plugin does so much more load on the GPU encoder when the main stream function in obs itself works.
Checked several times - previous version on OBS 27 works very nice and "average time to render frame" never goes above "1.0ms" but the new version...average time to render frame can go up to !1.7-2ms! and sometimes it creates missed frames.