Go to download
Overview Updates (4) Reviews (3) History Discussion
MATRIC is a sort of universal application remote control with focus leaning towards gaming (think of it as easily drag&drop configurable button box on smartphone/tablet controlling apps on Windows PC). It is similar to Elgato Stream Deck or Roccat Power Grid. While it is not a tool exclusively for remote controlling OBS Studio, from version 1.26 it includes native support for OBS studio so you can assign OBS commands to MATRIC buttons (switching scenes, managing transitions, toggling sources, streaming, recording etc.).

Highlights:
- VERY easy to use (drag & drop), Windows editor
- Flexible button layout, portrait/landscape buttons do not need to be quadratic
- No practical limit with multiple pages and number of buttons per page (you could put 400 buttons on the screen :))
- Has API to support 3rd party app/game integration (see DCS MATRIC demo on Youtube)
- Community made decks - share your configuration with one click 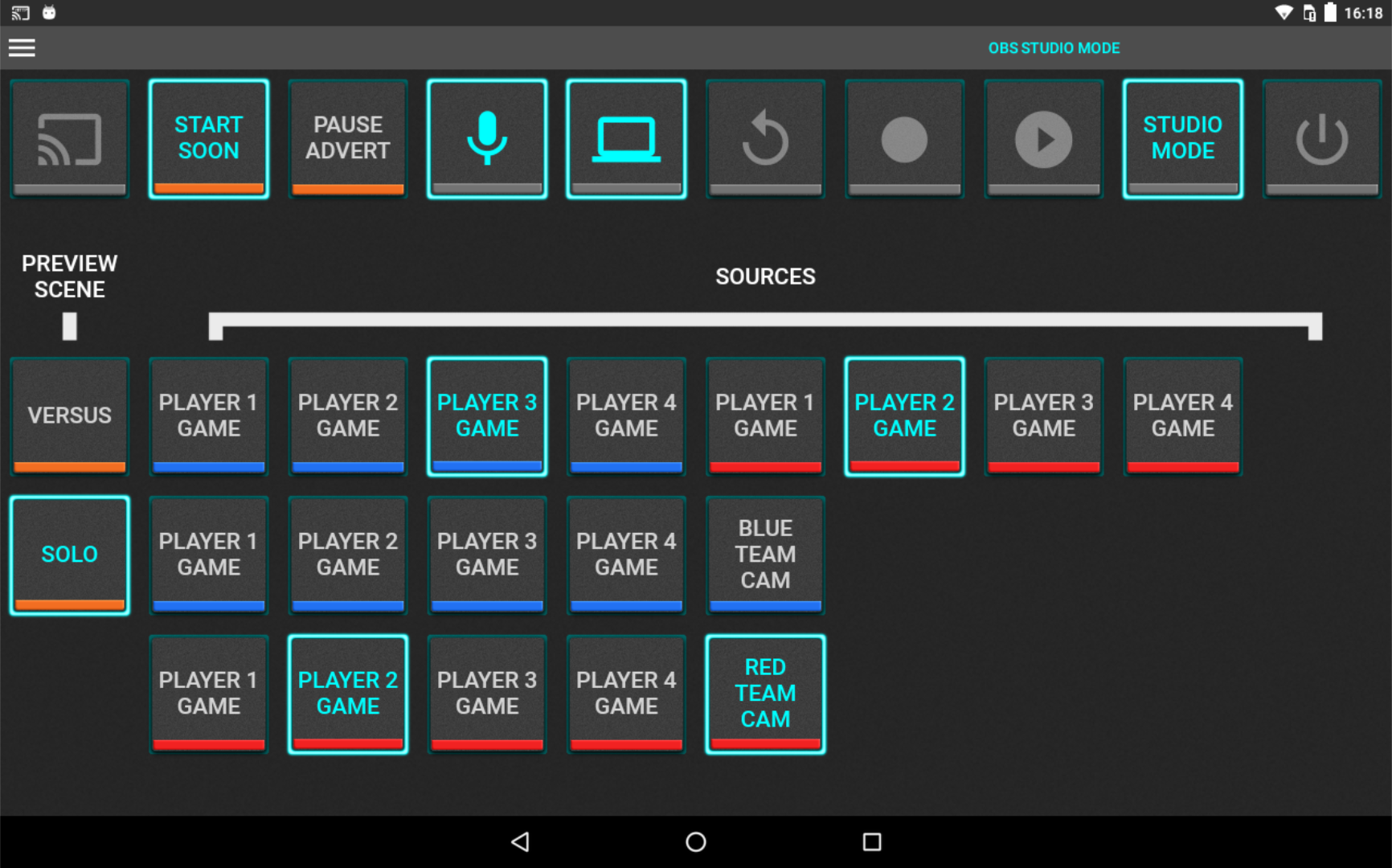 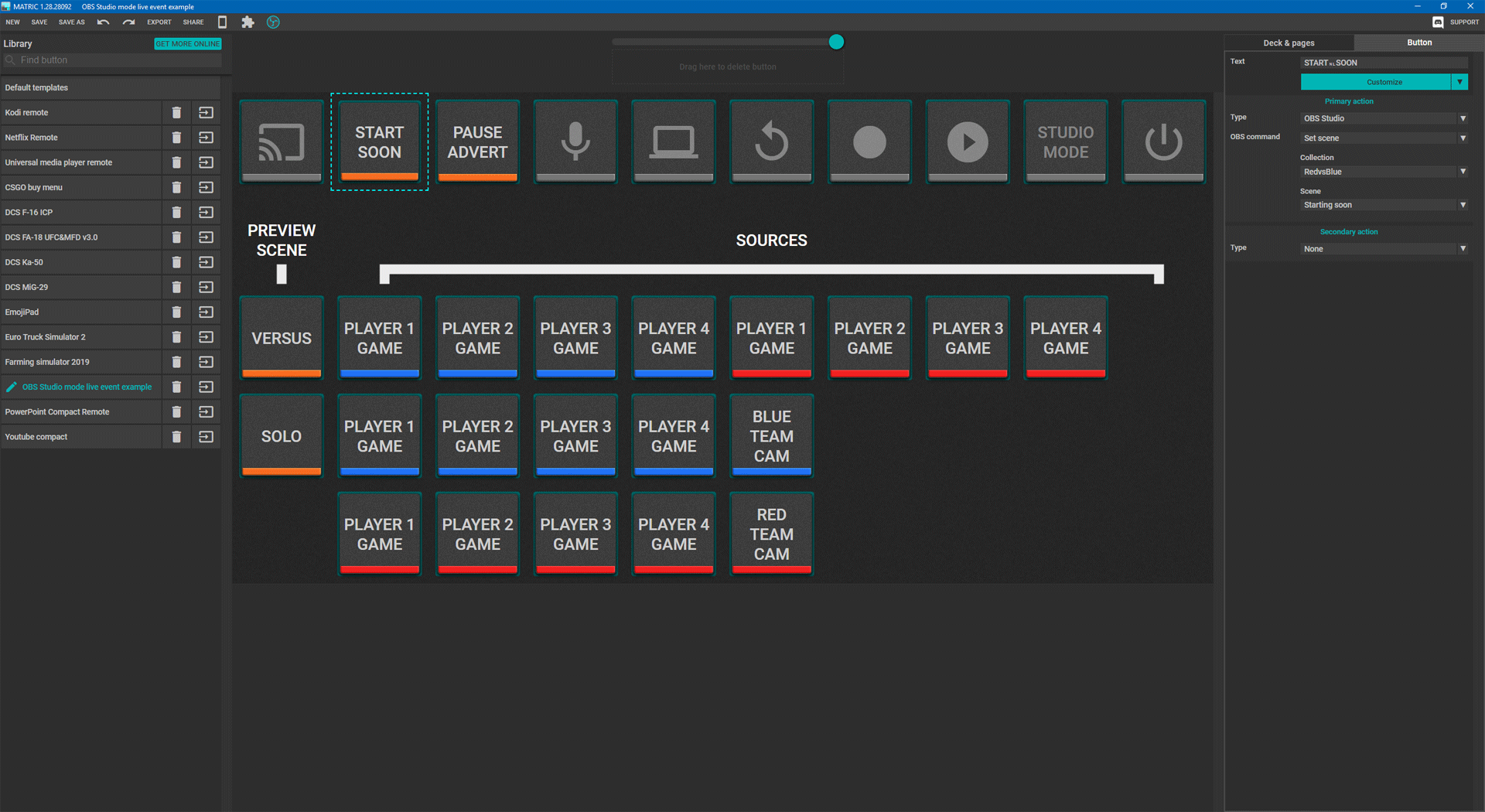 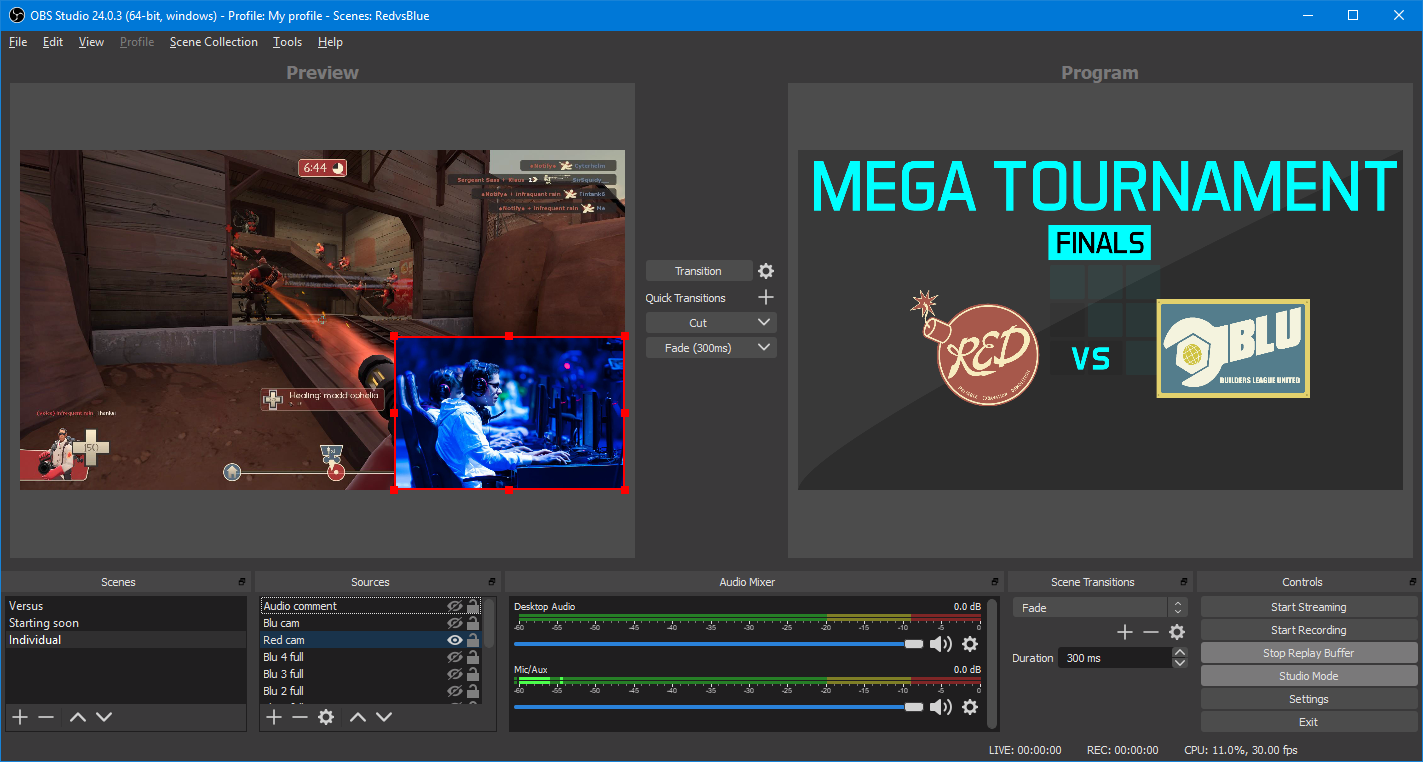