George Controller is intended to be run on a Windows computer separate from OBS studio; it provides a simple web interface. It can be controlled from OBS studio using browser sources defined in your scenes. Complete directions on how this is accomplished can be found in the documentation included in the ZIP file.
The software is primarily a controller of SONY Cameras using the VISCA protocol over serial RS232 ports. It also controls several other pieces of AV equipment. The software is particular to my application. Still, it should be easy to adapt and make a good starting point for someone else trying to roll their own Audio Video control program for OBS Studio.
The Controller program is written in AutoIt. AutoIt is a Windows scripting tool that has a very shallow learning curve. The complete development environment can be installed, and you can recompile this application in under 5 minutes. By using AutoIt's basic like language, it should be easier to make changes to George Controller.

George Controller has the following features; 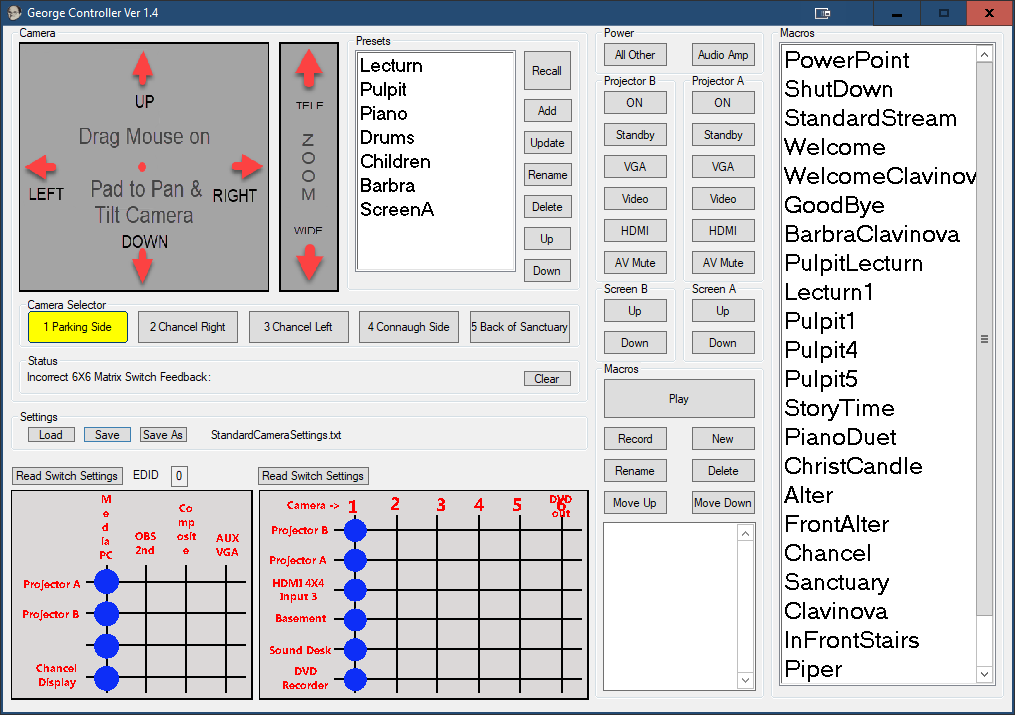