How To Disable Windows 10 Gaming Features

Certain Windows 10 gaming features can cause rendering and encoding issues when using OBS. It is recommended you disable them to ensure OBS performs at its best. As of March 2019, as long as you're running 1809 or higher and have the latest Windows updates installed, it is now recommended to leave Game Mode enabled.

All features can be found in the Windows Settings App under Gaming. The keyboard shortcut to open Settings is Windows + i.

Game DVR can cause conflicts with OBS when using hardware encoding such as NVENC.

Consumer NVIDIA GPUs for example are limited to two(2) encoding sessions. Game DVR and Geforce Experience(ShadowPlay) will often consume both of these sessions if enabled, preventing you from recording or streaming(or both simultaneously) when using NVENC.

Game DVR can also cause performance issues, it is still recommended to disable Game DVR even if you don't plan on using hardware encoding.

Depending on your version of Windows 10 the name of this feature changes.

This feature used to cause major performance issues with OBS and games. On older versions of Windows 10, it is recommended you disable it.

The Windows 10 Creators Update (version 1703) added Game Mode. Game Mode tries to allocate all GPU resources to the current game in focus, starving OBS of the GPU resources it needs to render.

Game Mode is enabled automatically by Windows and disabling it is performed differently depending on your version of Windows 10. Not sure which you have?

Thanks to optimizations Microsoft made in March 2019, you should leave it on. You can check whether it's currently on using the settings below. 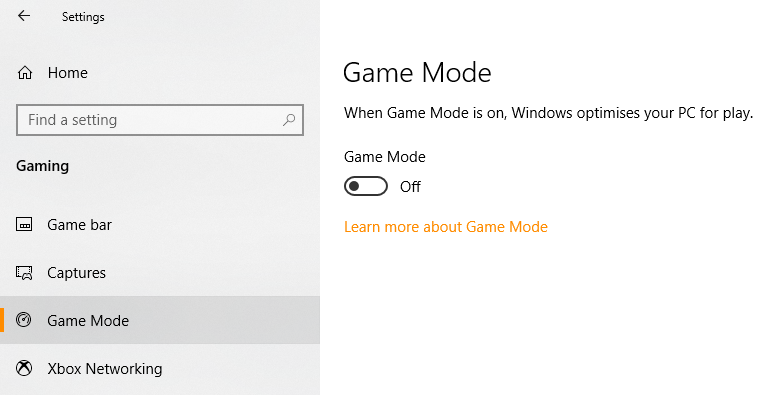 For Windows 10 1803 or earlier, Game Mode must be disabled individually per-game or globally using the Registry.

It's recommended to disable it globally.

In the Registry Editor: 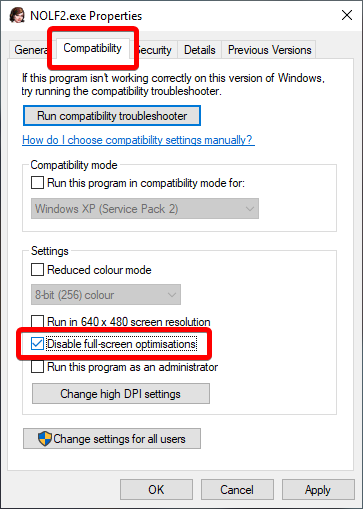