The Windows 10 April 2018 Update (1803) allows you to set audio Input and Output devices for each running application directly via the system, even if the application's settings don't support it. It is a native, official way to route audio to individual devices. This replaces tools like Audio Router. 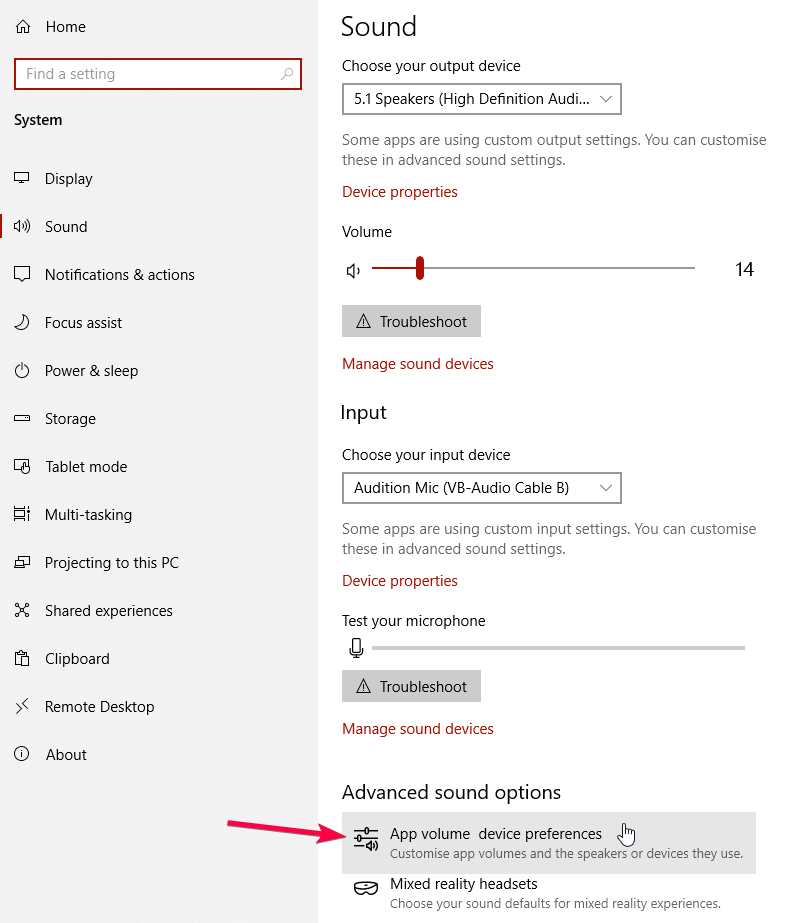 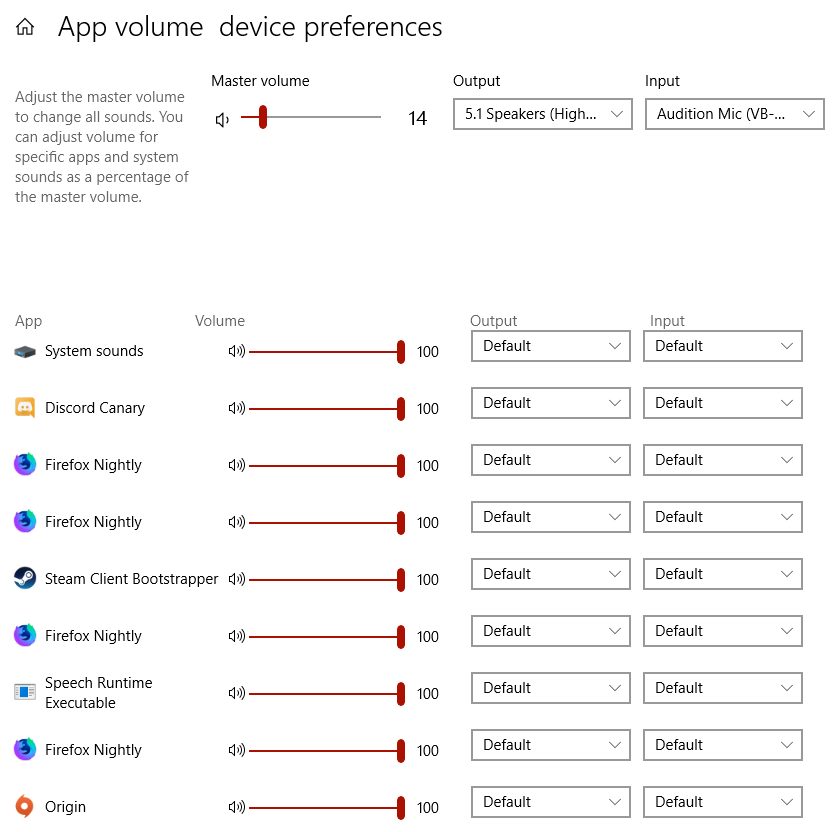 Why this is useful

The most common use case for routing application audio to different devices is in combination with virtual cables, allowing you to individually control volumes for Discord, your game audio, and music (for example) directly within OBS Studio. This can also be used to play certain audio just to your headset or speakers while everything else is sent to OBS.

Do I still need virtual cables or Voicemeeter Banana?

Yes. Unfortunately, at this time Windows does not include ways to natively create virtual outputs or to route audio to applications specifically. The most commonly recommended (and free!) application for this is Voicemeeter Banana, which provides 2 virtual inputs and an easy-to-use control panel. Alternatively, VB-CABLE allows you to get one virtual outputs for free, and two more if you donate - but without the control panel.

Providing virtual cables like this natively via OBS Studio is often requested because some alternative streaming applications do this, however it would require a lot of work and is very low on the list of priorities compared to other features & fixes.

If you're running Windows 10, it may just be easier to update to the April 2018 Update. To do that, open Windows Update and it'll start downloading (Start -> Settings -> Update & Security -> Windows Update -> Check for updates). Keep in mind it's a pretty large update - it'll take time to download, and the installation itself can take around half an hour for most setups.

If you'd rather not upgrade, or you're running another operating system, Audio Router is the most commonly recommended application for this purpose. Unfortunately, the original hasn't been touched since 2016 (but should still work). After a bit of digging, here's a version that was updated in early 2018.

Other alternatives are commercial (not free). You can browse them here.

You can no longer directly access Playback/Recording devices by right clicking the speaker icon in the taskbar. There is a new option "Open Sound settings" instead - this will take you to the new Settings screen as mentioned earlier. From this screen, you need to click "Sound Control Panel." Depending on the size of the window this will either be in the right sidebar or near the bottom, under the heading "Related Settings".

As with any new system, you'll occasionally find quirks.