I was trying to capture the free game Dinner with an Owl, but i found that OBS doesn't detect the window game at all, using Game and Window Capture. With Display Capture the game is shown, but is the first time i found a main window game is not detected/listed at all although it is in the taskbar with Window Capture at least, but the game uses OpenGL, DirectX9 or DirectX11, so it should be detected by Game Capture too.

Doing some research, i found the issue is related to the engine PaC-DK (The Point & Click Development Kit) as other games have the same issue, i used Alühn because is only a zip file (All i found are free, so they can be checked them out).

In the games, there is a Settings.exe in the main folder to put the game in Window/fullscreen, and also to set the API to use OpenGL, DirectX9 or DirectX11. I set in Window and i tested every API setting with the same result.

To view the issue, these are two screenshots with the game opened and in display with Window and Game capture, and both don't list the game (but is shown in the taskbar): 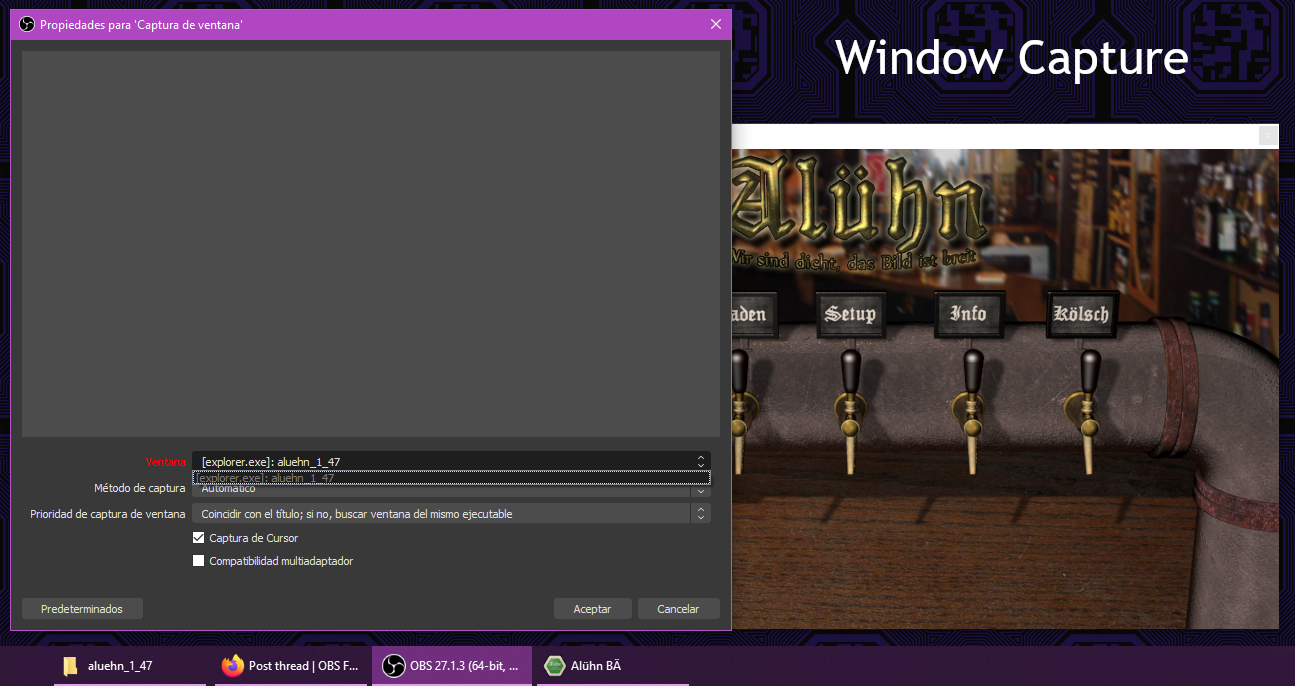 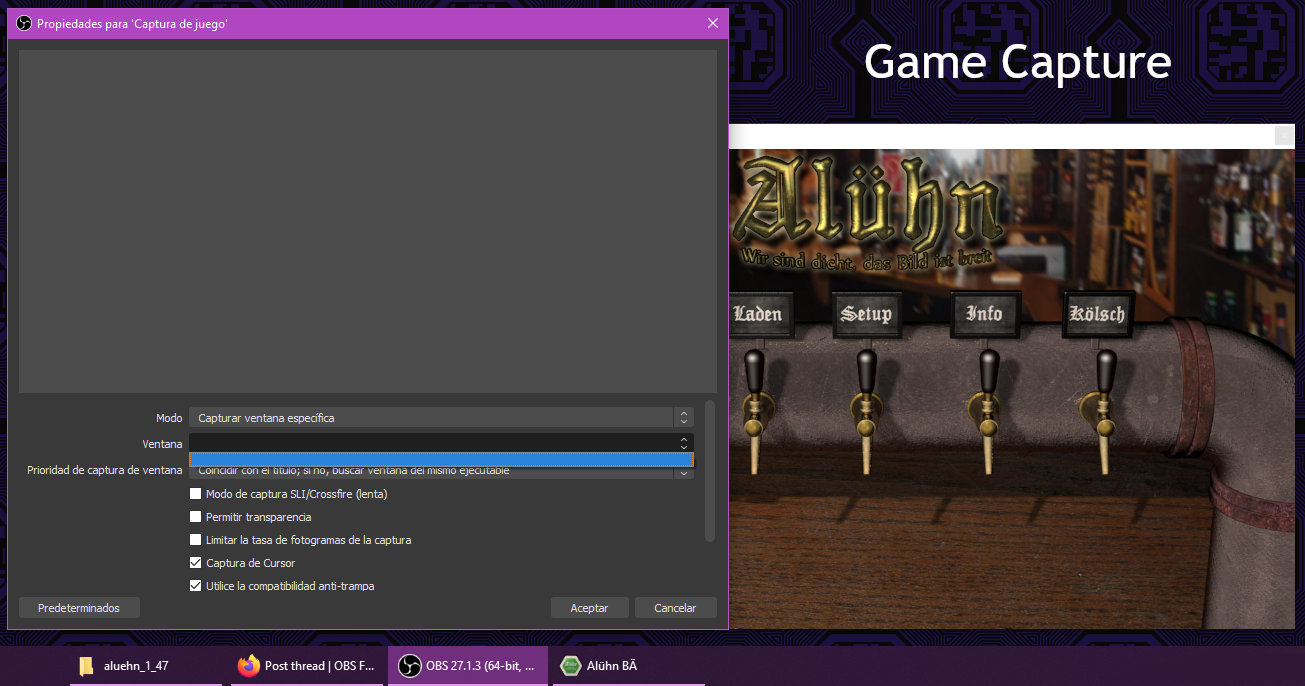 The only thing not usual i see is the game window hasn't minimize/maximize buttons: 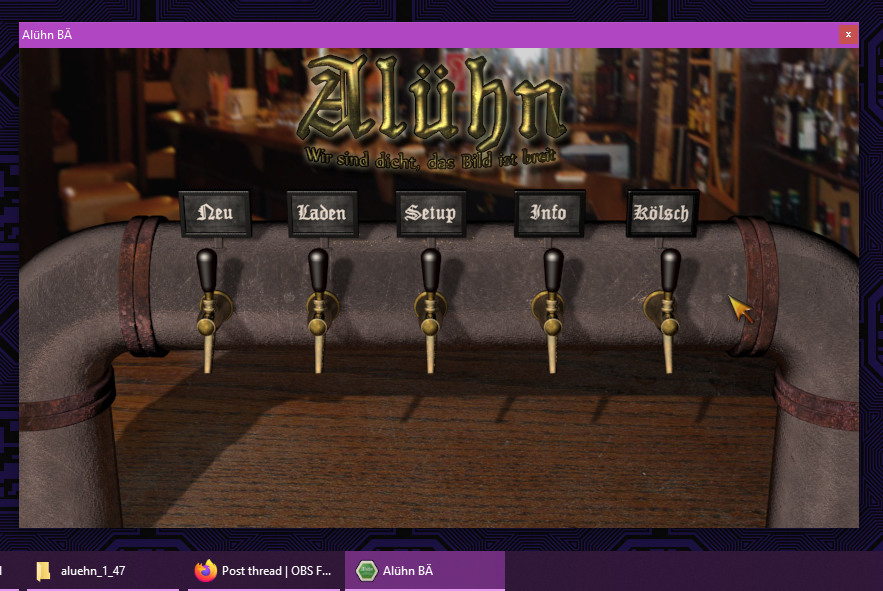 I don't know what kind of window is that, but it could be useful to know to report it better.
So the point is:
Thanks in advance!
You must log in or register to reply here.
Share:
Reddit Pinterest Tumblr WhatsApp Email Share Link
Top