@Bagny89 I can't seem to replicate that bug, can you send me your scene collection for me to try and replicate the bug?

there are my scenes. Maybe it could be that I didn't set the move correctly.

@Bagny89 Thank you for the scene collection it helped me a lot. Version 2.3.1 of the plugin should fix your crash on closing OBS.
C

Trying to use this -- got a source to move as I wanted, by first doing the Get Transform, them moving the source elsewhere, to move FROM... and it works once, when hitting the Start button.

How do I get it to repeat?

At this point it seems useless, because when I switch to the scene that the source exists one, it is already in the final position, so no movement occurs.

Happy to have been helpful.

@ContentDeveloper there are multiple videos about the move source filters like: https://youtu.be/YEcAbiEadcM
J

I'm having trouble with nested scenes. I put my webcam video input capture in a scene. I then nested that scene into another scene to add my camera overlay, and be able to move them about the screen in my desktop and game scenes. I did things this way to be able to globally turn camera on and off, and also globally change camera position over my main scenes. However, in a just chatting scene, I only use the first camera scene, without the overlay. When transitioning between desktop/game and Just Chatting the transition doesn't work properly. I've tried everything and it doesn't work as intended.
Maybe I've gone about this the wrong way, I would really appreciate some help as I'm fairly new to OBS, using nested scenes and plugins. Here's a short video showing what's going on: https://youtu.be/F0yUIdWSJew

IDLT said:
Hello everyone,
Does anyone know how to Trigger a filter to start when a certain media appears?

Which I all thought would trigger when I clicked the Eye in front of the source but activating/deactivating the Source in the panel does nothing. :/
I've tried with an image and a video source. I also tried messing about with media Start and Stop time, Transform Relative or not, custom duration or not, it will not trigger the filter. :((
Am I missing something?
Click to expand...

UPDATE:
It seems that after a few days without checking the Start Trigger on a Video source: "Media Started: When media of the source starts playing" does work.
But mysteriously, the trigger persists even if I change the target media and change the trigger... Not properly updating maybe?

ANOTHER UPDATE:
Well. The "Source Show" Start Trigger works now. I show the pic, it appears for a split second, and the desired filter is triggered.
I suppose restarts might be necessary sometimes. ^^
Last edited: Jan 22, 2021

This plugin was fantastic! Until I had to uninstall/reinstall OBS. Now it can't seem to see the plugin at all? I've tried a few things, including deleting and re-adding the plugin, but OBS just doesn't want to see it now. Any advice?

Hello, I have been playing with this amazing plugin for a few days and been having great fun! However I have a vision and have been unable to bring it to fruition, and I am looking for help - I am unsure if I have missed a setting/how it should be done, or if it is not possible?

My vision is as follows:

I have 4 Scenes that are imported as Sources into a 5th Scene, these 4 sources are being animated around the canvas in a loop (eg. I have 12 moves and the 12th move's "Next Move" is the 1st move. So this is a never-ending loop and is exactly what I wanted, however, it is the next stage that I can not work out.

When I move away from this scene to another one (a 6th Scene, which has only 1 of the 4 Scenes that were imported into the previous scene) I would love to transform the source that has been moving to the correct position and size (from the position and size of where it is in the animation cycle) ready to do a quick cut to the 6th Scene. The idea being the source will have grown and covered the other sources seamlessly.

Conversely doing the opposite when entering the 5th Scene from the 6th Scene.

However I have been unable to succeed in this, I have tried all sorts of workarounds - including keyboard shortcuts to activate the 13th Move and then the scene transition. What happens is the 13th Move Filter is activated and starts to get to full size and then the previous loop takes over.

I have tried hooking into the Move Value function as a stop for the loop feature, however, it can't hook into Enabling/Disabling the Move filter.

I am hopeful that I just need to program the stop function properly, but I have had zero luck as they all seem to be linked to the source being active/not active in some manner.

I do hope I managed to explain what I am trying to achieve well enough, but hopefully, the attached GIF explains what I mean fully.

Hi there, I am experiencing constant crashes on OBS since I installed the plugin (windows 10 / OBS 26.1.1). How can I disable it to troubleshoot or even uninstall it? Thank you.

@JorgeGascon for troubleshooting you can provide me the crashlogs. for uninstalling, use the uninstall software if you have used the installer to install it or remove move-transition.dll from your obs plugins folder.
J

Exeldro said:
@JorgeGascon for troubleshooting you can provide me the crashlogs. for uninstalling, use the uninstall software if you have used the installer to install it or remove move-transition.dll from your obs plugins folder.
Click to expand...

It not only crashes but becomes unresponsive and I have to force exit so I don't get crash reports I guess? Deleting scenes (even without a move filter on them) crashes OBS since installation. I removed the dll from the folder and no crashes so far. Let me know how can I provide with the information you need and I'll be glad to provide, I'm a windows noob :(
F

So I use OBS in Brazilian Portuguese and I can't see all the options in the Start Trigger menu or the Stop Trigger menu. Any help? I don't even care about translations a just want to see the options even if it's in English

@Fatikki it is a bug in the pt-BR.ini file in the plugin.
It is fixed in my version but I have not released a new version since.
You can remove the extra space from the the file so it becomes like this: 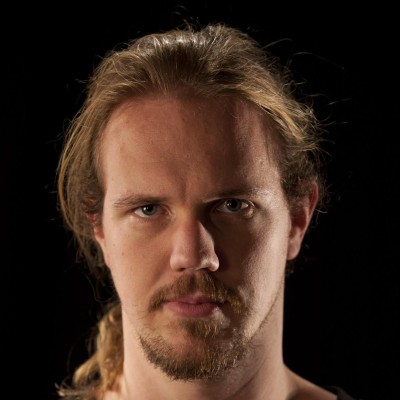 Move transition for OBS Studio. Contribute to exeldro/obs-move-transition development by creating an account on GitHub.

Exeldro said:
@Fatikki it is a bug in the pt-BR.ini file in the plugin.
It is fixed in my version but I have not released a new version since.
You can remove the extra space from the the file so it becomes like this:

Move transition for OBS Studio. Contribute to exeldro/obs-move-transition development by creating an account on GitHub.

I'll have a look! Thanks!
M

First off, loving the move-transition plugin! Truly an awesome add-on to OBS.

I am trying to do a somewhat complex transition/move, and am not sure if/how this is possible. Any guidance would be greatly appreciated. I have a "BRB" scene with a source (A) that sits on top of my face-cam (B) (Blocking my face cam). Source A has some StreamFX filters applied to it as well as a color correction (with opacity set to 100). I have created some move value filters- one set to fade A in then ramp up the StreamFX filter over a 2 second animation (lets call it A-In) and one set to ramp down the StreamFX filter and fade out A over a 2-second animation (lets call it A-Out). My face cam, B, is common to all of my scenes, and thus using move transition moves/scales/crops into position with each transition.

I've got the transition To BRB working, by using a start trigger of 'Activate: When this filter becomes actively shown in the final mix', with a delay of my transition length (750ms).

For the transition From BRB, I have no idea where to start. Its almost like I have to delay the transition by 2-seconds (though I dont know if that is possible) and somehow trigger the A-Out filter at the same time the delay countdown begins. I suspect this can be done via the Move Transition Override filter, but I am having trouble finding any documentation/info on how to use it (simple stuff like- is it applied to the scene that is transitioning or to the source within the scene? How do the delays work- they seem to be percentage based?

Does anyone have any thoughts on how this would be accomplished?