This application is useful when streaming video's or songs, because it will give you an exact indication of the video/song duration and when you must prepare to switch to the next scene.

The only setup it requires:
- download the latest version of the OBS Scene Timer and run the .exe file (or the .jar file and run it with Java).
- specify the OBS websocket address and password in the settings and restart OBS Scene Timer.
- specify the video/song duration for each scene (if it isn't already automatically determined).

This Java application can run on any computer with at least Java 8 and will connect with OBS on the same computer or over network.

For more detailed information, check out the readme on GitHub.

Let me know if something is unclear or missing.

Do you want to support my work? A coffee is much appreciated!

Please note, when using the .exe on Windows, your anti virus might complain. I assure you the file is totally safe. 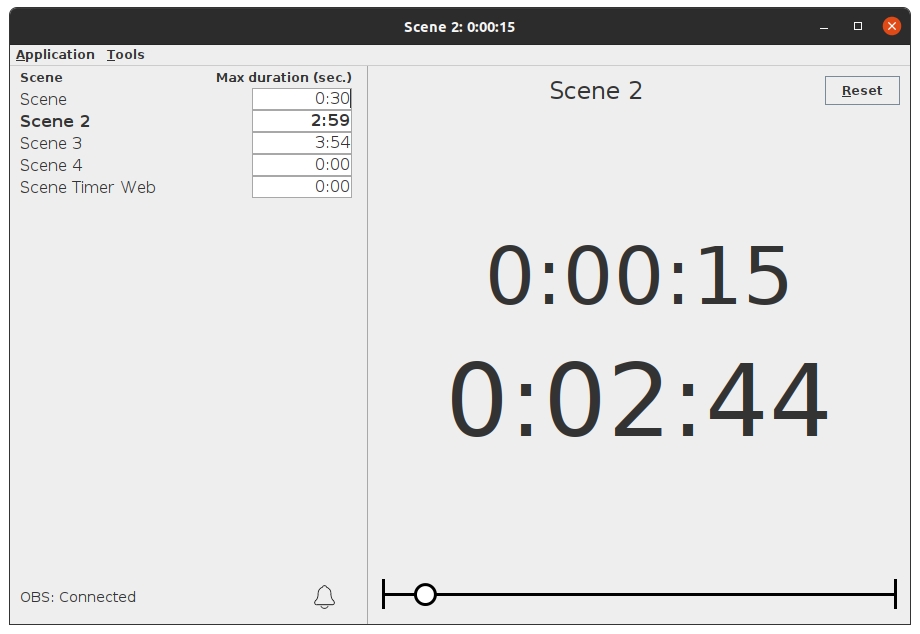 If you like my products, check out OBS Scene Queue for relieving scene switching stress.
Reactions: Deadairshow, Rockma, gamingop and 1 other person

This is an awesome app. The author of this app is easy to work with and has addressed my every issue ...
Upvote 1 Downvote
Read more…
Top