Go to download
Overview History Discussion
Some video editors do not allow you to import videos with multiple audio tracks (usually only the first audio track will be imported), which should be reported to the devs of those video editors. As such, you have to separate audio tracks into their own files and import them manually as a workaround. This script will extract all the audio tracks (up to 6) into their own audio files. The default output file extension is .mp4 (because some video editors, including Sony Vegas apparently, don't accept .aac, .mp4a, or .m4a). Note that the output files will only have one audio track (no video), and will only remux the files (won't re-encode, thus keeping the quality). The output files will be created in the same directory as where the input files are and will have the same filename, with "-TrackN" appended, where N is the number of the audio track.

Setup
First, you must have ffmpeg in your PATH. To check, open a command prompt window (cmd). Then type this command and press Enter:

Code:
You should see output similar to this: 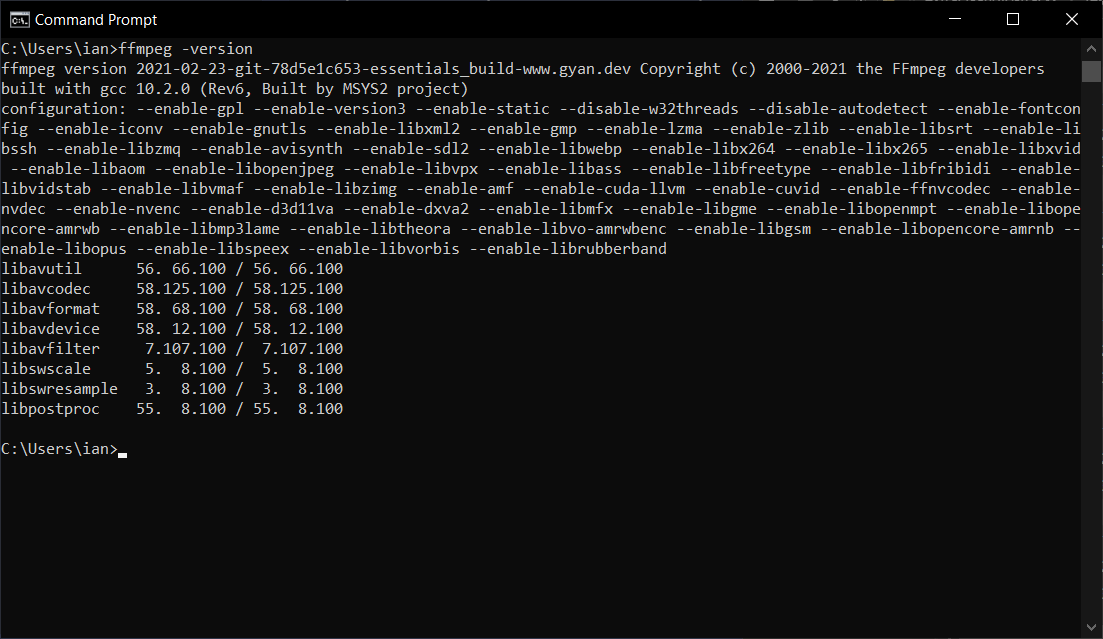 If it instead says something like 'ffmpeg' is not recognized as an internal or external command, operable program or batch file. then you need to install FFmpeg. Follow the instructions in this article before proceeding with this guide.

Installation
Download the zip file and extract it where you want the script file to be. You may also want to create a shortcut to the "extract-audio-tracks.bat" on the Desktop.

If it is successful, the audio tracks will be created in the same directory of your video. (Ignore the Stream map '0:a:n' matches no streams message)

After it finishes extracting the audio file from the input file, it lets you type another path or drag another file if you want.
When you're done, simply press Alt+F4 or Ctrl+C or close the window.

B. Dragging video files into it (or its shortcut)
For this, you'll want to have a shortcut on your Desktop, or open another File Explorer window where "extract-audio-tracks.bat" is located, so that you can easily drag files into it.
You may drag as many video files as possible. 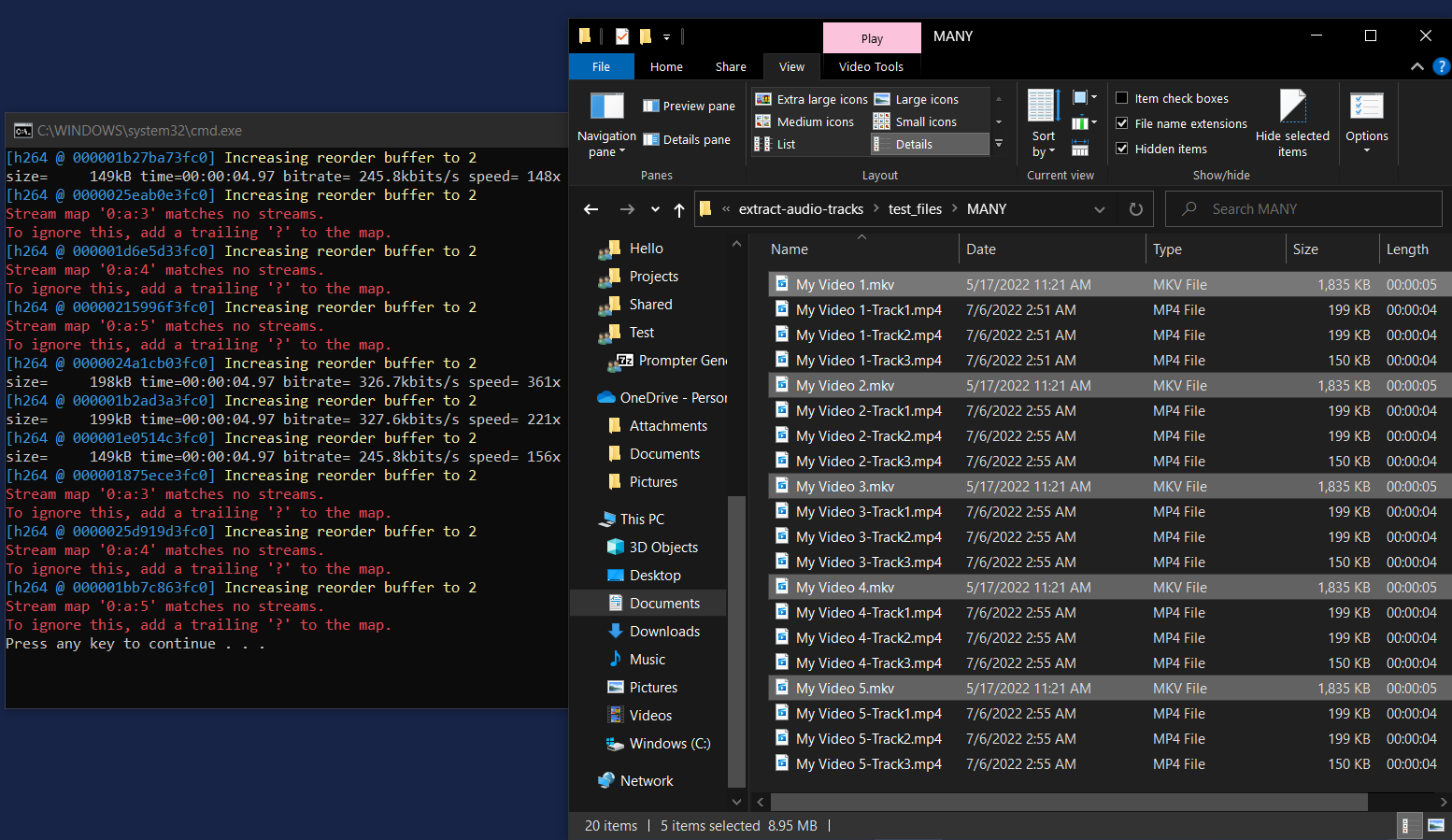 Press any key to close the command prompt (or close it like you would any window).

Code:
This has the same behavior as option B, just a bit more manual.

Credits
Special thanks to Kachin (the dragon you could find in the OBS Discord server)
for their help in developing this with me. The idea of writing a .bat file you
could drag video files into came from them. I just improved upon it.

Contact Me
Although there is a discussion tab in these forums, I would see your message faster if you ping me in the OBS Discord server, in either #plugins-and-tools (for help in usage or feedback) or #encoding-talk (choose this channel if you're dealing with errors).