NOTE: objsproject.com does not allow updates to Python scripts (understandably so) but the version uploaded to this site is buggy. Please use this version instead - https://gist.github.com/miabrahams/69cfe8a8dd74ffc3e87203467c64973e 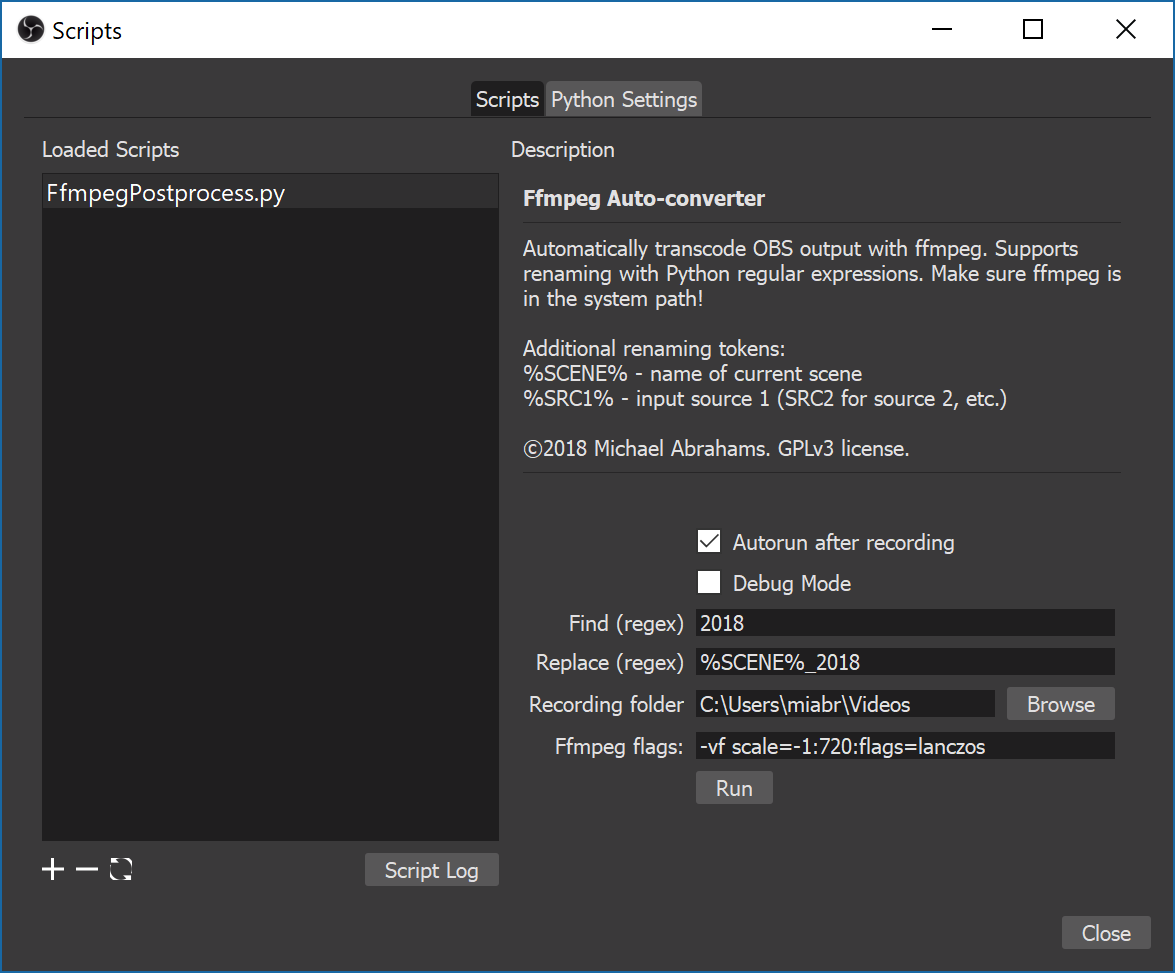 This was originally intended to be a few lines of code but it turned into something a bit more involved. I believe I pushed the plugin API to its limits! Currently, the biggest limitations I've found in the Python API are callback support, and availability of the config_ api. If someone extends the bindings let me know! (I've spent enough time on this without going through an OBS / SWIG build, haha.)

This represents an opinionated coding style using an object wrapper for the plugin. I have included a datamodel class that can make setting and getting obs_data* more comfortable. This class could be reused in other code, or used as a class member instead of through inheritance. I hope this is a helpful example of a fully featured Python plugin for anyone else learning this API!

Unfortunately I could not figure out how to automatically detach callbacks, so loading the plugin will cause a (harmless) memory error on program shutdown.