Fixes and add option to use transition overrides for transition changes 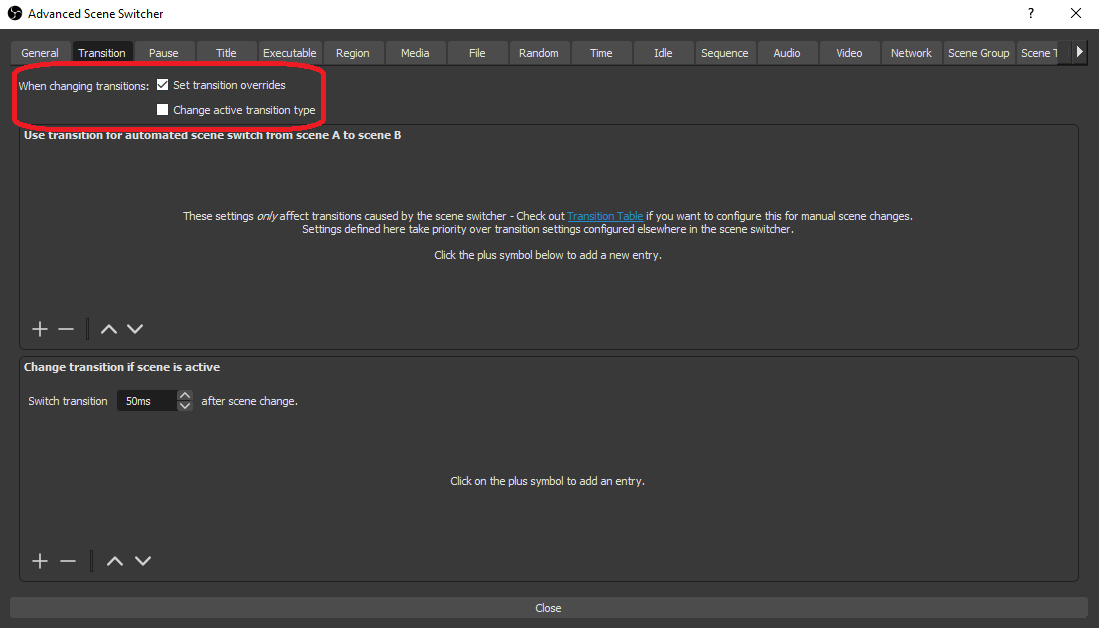 Extending a scene sequence allows for more complex switching setups, but should also simplify some setups.​
​
So for example sequences like "A -> B -> A -> C", which previously were only possible by creating a copy of A, can now be specified in a single entry.​
​
To extend a sequence either select the sequence you want to modify and click the extend sequence button or simply double click the entry.​
​ 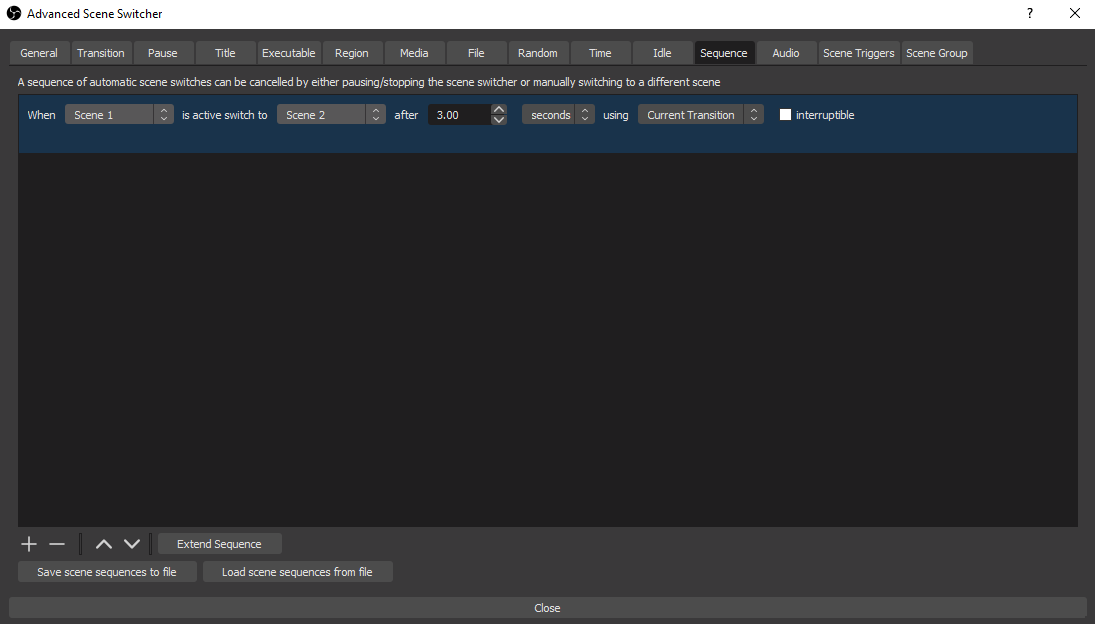 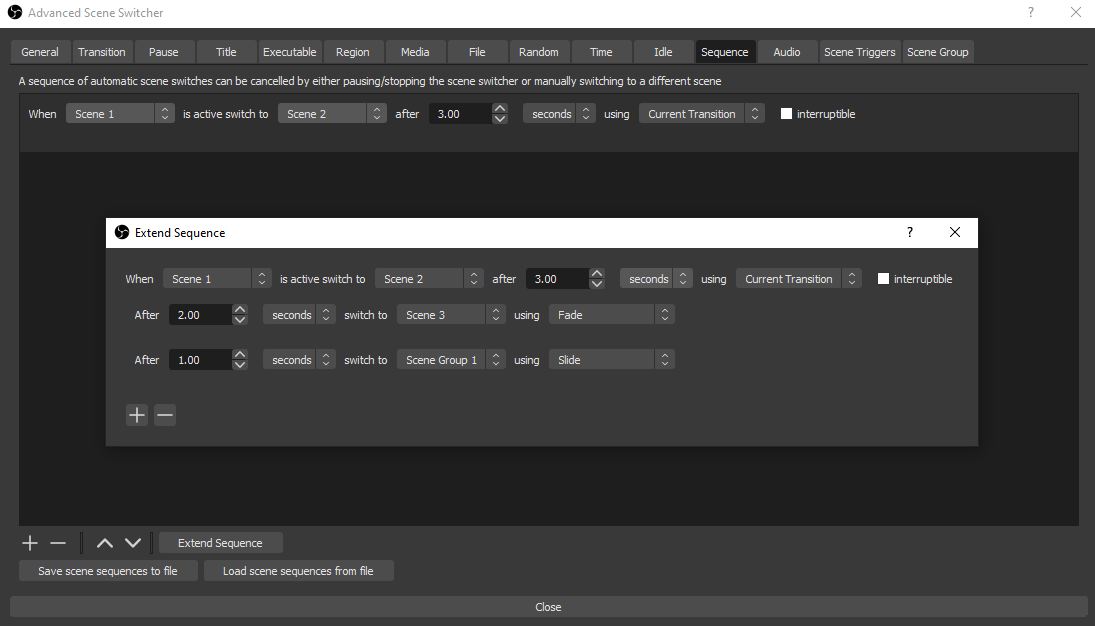 This will use whichever transition is currently active.​
The rules specified on the transition tab still take priority of this stetting.​

The first line in the file specifies the scene the second line, if present, the transition.​
Fixes:

As usual I hope I didn't break anything.
In case I did please let me know! :)

An option was added which allows you to specify a scene to switch to if multiple audio entries match at the same time.

Additionally the way the conditions for the audio tab entries are checked was changed to now look at the maximum audio peaks over the complete cycle - so the check interval configured on the general tab - instead of just checking the volume at the moment the condition happened to be checked.
You might have to adjust your volume threshold levels.

The main focus of this update was a rework of the UI.
This should ease modifying existing switch entries and add some basic hints on how to use the plugin.

I hope it is actually an improvement for most and didn't break any existing functionality :)

Additional changes:
As always pleas let me know if you run into any issues!